The Push and Pull of Sex, Gender, and Aging 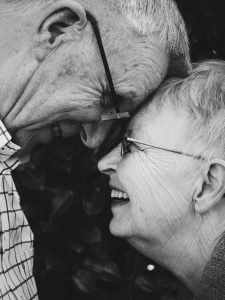 Not too long ago, women were considered “over the hill” once they reached middle age. Women in the 1960s recalled being told that their fate was to be “fat at 40, finished at 50.” But over the last two decades the U.S. has seen a massive shift in older adults’ attitudes towards sex, romance, and intimacy, with women in particular feeling emboldened to remain sexually and romantically satisfied throughout their entire life cycle, not just when they are young. Heterosexual partners tend to become more egalitarian as they age, and the majority of divorces that do occur after age 50 are initiated by women. Matchmaking sites have given older women far more chances to find partners than in the past, while men can now take Viagra or Cialis in order to keep their sex lives vibrant and healthy.

Desexualized? Who is on the hook for cosmetic surgery?

There are challenges of course, and many of those challenges are starkly gendered. After menopause, women are frequently seen as non-sexual beings, something we call the desexualization of older women. Men on the other hand have been given lifelong statuses as sexual beings and seldom face societal obstacles to romantic contact later in life. To compensate for this gender double standard, many women have resorted to surgical interventions to reduce the signs of age on their body—in fact, they make up the largest growing market for cosmetic surgery. Other women have decided to forgo relationships and sex entirely, relying on social networks of friends to support them emotionally instead of intimate partners. Fortunately for the many women who continue to date later in life, the research concludes that their sexual satisfaction and frequencies are fairly high.

Resexualized. Stars might suggest older faces that are sexy.

What our review, “Gender and Sexuality in Aging,” in The Handbook of the Sociology of Gender, best illustrates is that Baby Boomers have become far more liberal in regard to sex, and when older men and women prioritize lifelong sexual satisfaction they have a better shot at achieving it today than ever before. Gender, sexual orientation, race, and other demographic factors affect Boomers’ success at this, and U.S. culture as a whole is just beginning to value intimacy as a lifelong goal. But with older faces becoming “sexy” (think Alfre Woodard at 65, Meryl Streep at 69. Or  Denzel Washington at 63, Tom Selleck at 73) and more attention being given to the study of sex and aging (see the endowed professorship in sexuality and aging at the University of Minnesota), we are seeing progressive shifts in our mainstream culture towards making older bodies less stigmatized and more romanticized.