A Moving Target: Tracking Changes in Support for Equal Rights 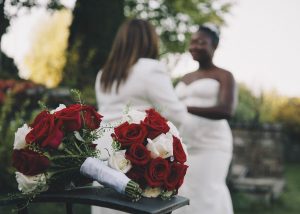 For several years, researchers affiliated with the Council on Contemporary families have been charting the gains and the setbacks experienced by proponents of equal rights for all, irrespective of race, ethnicity, gender, and sexual orientation or identity.

From a historical perspective, dramatic progress has been made toward acceptance of interpersonal diversity. Most people now agree in principle that individuals should not be denied rights or recognition on the basis of their gender, race, or sexual identity. But in practice there are also significant fluctuations in attitudes and behaviors. Many people hold contradictory or ambivalent positions about what is appropriate in putting egalitarian principles into practice, which makes them prone to shift their views in response to new political and economic circumstances or how issues are presented to them by contending parties. Furthermore, some arguments for egalitarian reforms that are very powerful when clear-cut legal barriers to equality exist can produce divergent reactions when such barriers are overturned.

But that last poll also revealed a recent decrease in public support for combatting discrimination against same-sex couples in the marketplace. A year ago, 53 percent of Americans said that caterers, bakers, and other wedding-based businesses should be required to serve same-sex couples, whatever their personal religious views. Today just 48 percent endorse that view, even as acceptance of a right to marriage equality has risen.  One possibility is that the very arguments used to win support for same-sex marriage now cut two ways. The idea that individuals have a right to control their own bodies and choose their own mates helped garner majority support for contraception and abortion rights and for same-sex marriage. But it can also produce sympathy for people who believe they should not have to enable behaviors of which they disapprove.  To win people over on this issue, we need to make a nuanced argument that does not immediately reject as reactionary their respect for others’ individual consciences. For example, if I were a baker, I would refuse to make a cake to celebrate the anniversary of the founding of the Ku Klux Klan. How do we explain the difference to the general public?

Or consider the ambiguities and contradictions we find in surveys about the public’s support for gender equality. In 2012, David Cotter, Joan Hermsen, and Reeve Vanneman reviewed all the General Social Survey (GSS) questions about gender attitudes between 1977 and 2010. They found that after strong increases in egalitarian sentiments through the 1980s, support had plateaued and stalled in the 1990s and early 2000s. One explanation, they suggested, might be the emergence of a mindset that supports women’s right to equality in the public sphere but views any continuation of traditional gender arrangements after the establishment of anti-discrimination laws as reflecting women’s distinctive preferences and capacities for homemaking and child raising.

By the time the results of the 2014 GSS were published, the same researchers were able to report a significant rebound in support for gender equality since 2006. But when Cotter and Joanna Pepin looked at the 2014 results of a different survey, which had been tracking the attitudes of high-school seniors over almost exactly the same years as the GSS, they saw a different trend. Between 1976 and 1994, high-school seniors greatly increased their support for gender equality in both the public and the private realm. From 1994 to 2014, they maintained their egalitarian views about women in public life, including an expanded acceptance and approval of working mothers. But during that same period, their endorsement of dual-earner arrangements and equal decision-making in the home dropped significantly, suggesting a revival of traditionalism.

The 2016 GSS — the latest available — seemed to confirm that support for the gender revolution was firmly “back on track” – at least for people aged 18 and up. Indeed, Cotter found that the answers to every question, whether about private family relationships or about the public realm of work and politics, revealed greater endorsement of gender equality than at any time in the survey’s 39 year history.

Sociologists Barbara Risman, Ray Sin, and William Scarborough, in a separate analysis of the GSS, argue that the long-term story is actually quite straightforward. Old school traditionalists have basically abandoned their opposition to equal rights for women in the public sphere but continue to advocate gender-specialized roles at home: “Americans who have a carte-blanche objection to gender equality in both the workplace and the home have become almost extinct.”

Meanwhile, there are other confusing discrepancies. In the 2016 GSS, Cotter reports, the gender gap in attitudes about equality had narrowed to its smallest point ever, with most of the change “attributable to men’s catching up with women’s egalitarian attitudes.” Yet according to an August 3, 2018 report by the respected polling group FiveThirtyEight, the gender gap among voters is now larger than it has been in decades – perhaps ever. The gap between women’s preferences for Democrats and men’s preferences for Republicans ranges from 26 to 36 points in several states.

In a future piece I’ll look at research that might explain some of these shifting and occasionally contradictory findings. But my point here is that there is a substantial middle group between people who unequivocally support equal rights under all circumstances and people who unequivocally oppose them. The traditional opposition to gender equality as a matter of patriarchal principle seems to have been largely overturned. However, many people experience specific challenges in their work or family lives that can undermine their egalitarian impulses. Others hold conflicted feelings and competing ideals. It’s important to remember that a large section of the population is “up for grabs,” so to speak. Few are such committed feminists or anti-feminists that they can’t be swayed by personal experience or powerful arguments. We can’t count on those who say they support gender equality to always practice equality, and we should not assume that everyone who is skeptical about egalitarianism is a dyed-in-the-wool sexist. It’s up to us to provide experiences and arguments that help people work through their ambivalence and see the benefits of social equality for men as well as for women — and for society at large.

Stephanie Coontz is the CCF Director of Research and Education and a Professor of History at The Evergreen State College.