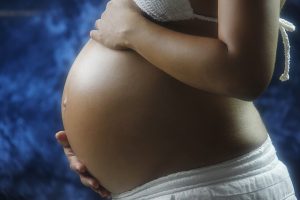 Following the Second World War, fertility in the United States began to rise sharply from a low point established in the Great Depression. During the 1950s and early 1960s, marriage and childbearing began to occur at what now seem to be unimaginably early ages. Aided by a robust economy and an unbridled sense of optimism, half of all women were married by the time they turned twenty, mostly to husbands who were barely older. Most couples had children soon after marriage if they were not already pregnant by their wedding date. The marriage rush, as it was referred to at the time, created a brief era when most young adults marched confidently into adulthood by their late teens or early twenties.

The regime of early adulthood came to an abrupt halt in the final third of the last century. The rapid loss of manufacturing jobs, the decline in labor unions, the rising demand for higher education, the oil crisis of the early 1970s, the rapid spread of new and more effective contraceptive methods, and the emerging movement for gender equality all likely contributed to ending the early schedule of family formation. Young adults began to move more slowly and more deliberately into the economy, restrained by the need to spend more time in school and by the unavailability of well-paying jobs providing enough to support a family.

The most disadvantaged Americans were initially slow to respond to the emergence of a “skills and knowledge” economy. Marriage remained a strong ideal and the practice of early and often unplanned parenthood continued to propel women into wedlock even when they and their partners were ill-prepared to support a family. But by the mid-1960s, African American women who became pregnant in their teens began to eschew marriage, creating a new social problem: teenage parenthood! In the words of Daniel Patrick Moynihan, the Black family was becoming ensnared in “a tangled web of pathology” by the pattern of early and unmarried parenthood.

For a brief period, the retreat from marriage was believed to be a special problem for African Americans. Some argued wrongly, that early and unwed pregnancy was a distinctive holdover from slavery or Ante-Bellum discrimination and marginalization.  However, such explanations did not stand the test of time. By the 1980s, marriage was rapidly declining among young whites who, like their African American and Hispanic counterparts, began view early marriage as a bad bargain even in the face of an unplanned pregnancy.  Abortion or even single parenthood appeared like a more promising strategy than marrying an unsuitable partner.

Led by the Alan Guttmacher Institute, the research and policy arm of Planned Parenthood, a nationwide effort was launched to expand reproductive health services to low-income, unmarried women, teenagers in particular. In the middle of the last century, contraception had not been legally available to these populations. But as sexual and marriage practices changed and marriage, many policy makers argued that providing unmarried women with birth control services was needed to address the growing number of unplanned and unwanted pregnancies. In 1965, reproductive health services first became available to unmarried women. By 1970, a unanimous Senate and nearly unanimous House sent legislation known now as Title X to President Nixon to establish a network of health and reproductive services to low-income women.  Over the years, Title X has been expanded; by 2014, over 4,000 clinics across the nation provided reproductive health care to young women who could not afford a private physician.

After the Roe v. Wade decision in 1973 that legalized abortion, Title X explicitly prohibited clinics from offering abortions in publicly funded sites. Accordingly, Planned Parenthood a leading provider of abortions, was compelled to divorce its abortion services from reproductive health clinics that were funded by Title X. This compromise has been under attack by abortion opponents for decades who contend that Title X is covertly supporting abortion because Title X provided many to Planned Parenthood clinics even though they did not offer abortion services. Planned Parenthood contended that its reproductive health care services, in fact, prevent the need for abortion and deserve credit for helping to reduce the rate of abortion in the United States.

This contention may well be tested in the next few years because The Trump Administration, with the backing of most Republicans, has recently proposed to defund Planned Parenthood clinics. Already, states are poised to eliminate the largest national provider of reproductive health services in the nation. Like so many of the Trump policies, this proposed change has largely flown under the radar.

Childbearing to teenagers and women in the early twenties dropped steadily and precipitously over the past 25 years, and so have rates of abortion among younger women. The rate of teenage childbearing is less than half of what it was in 1991. Of course, this result is not only due to the growing availability of effective methods of contraception. Sexuality activity has leveled off if not slightly declined during the teen years. Norms have changed: an early and unplanned birth during the teen years has become anomalous with the later schedule for entering adulthood. Still, the widespread availability of birth control, especially as it comes in more user friendly and effective methods, has made it possible for sexually active teens and young adults to avoid becoming pregnant. If enacted, the defunding of Planned Parenthood would have a disastrous effect, probably reversing the trend of the past quarter of a century.

The state of Texas previewed the hardline policy of killing Planned Parenthood services only to find that pregnancies and health problems immediately soared. Texas was quickly compelled to revise these draconian measures. Yet, it appears that the federal government wants to carry out what happened in Texas on a national level.

In last year’s budget resolution, Congress rejected the entreaties of the Administration to remove Planned Parenthood funded services, but the fight undoubtedly will continue into next year’s budget deliberations. Whether this effort succeeds or not will depend— as so many things do— on the elections this year and in 2020.  Reproductive rights for women is just one more reason to join the effort to defeat President Trump and his congressional allies.

Frank Furstenberg is The Zellerbach Family Chair, emeritus, at the University of Pennsylvania where he remains an Associate in the Population Center.   He most recently authored Behind the Academic Curtain: How to Find Success and Happiness with a Ph.D.