There are two major sources for national data on rape and sexual assault: the Bureau of Justice Statistics’ National Crime Victimization Survey (NCVS) and the Federal Bureau of Investigation’s (FBI) Uniform Crime Reporting Program. While both can be used to gauge rape trends in the U.S., they use different methodology and are best seen as complementary rather than parallel data collection systems. Both show declines in sexual violence over the past decades.

The Uniform Crime Reporting Program collects data from police departments throughout the country. The NCVS, by contrast, asks household members throughout the states directly about crime victimizations they may have experienced, whether they reported them or not. Because sexual assaults and rapes are often not reported to the police, self-reports from NCVS are at present our best national source, and the two tables that follow are drawn directly from the NCVS and have been checked with staff members at NCVS.

Both tables demonstrate downward movement in the rate of rapes since the survey began in 1973. But there are important limitations. NCVS does not survey certain populations, such as those living on military installations or those who are currently incarcerated. Furthermore, the questions about rape are posed in the context of words such as violent or forcible, which may lead survey respondents to omit some forms of non-consensual acts. Even with these limits, however, the downward trend in physical violence seems clear. 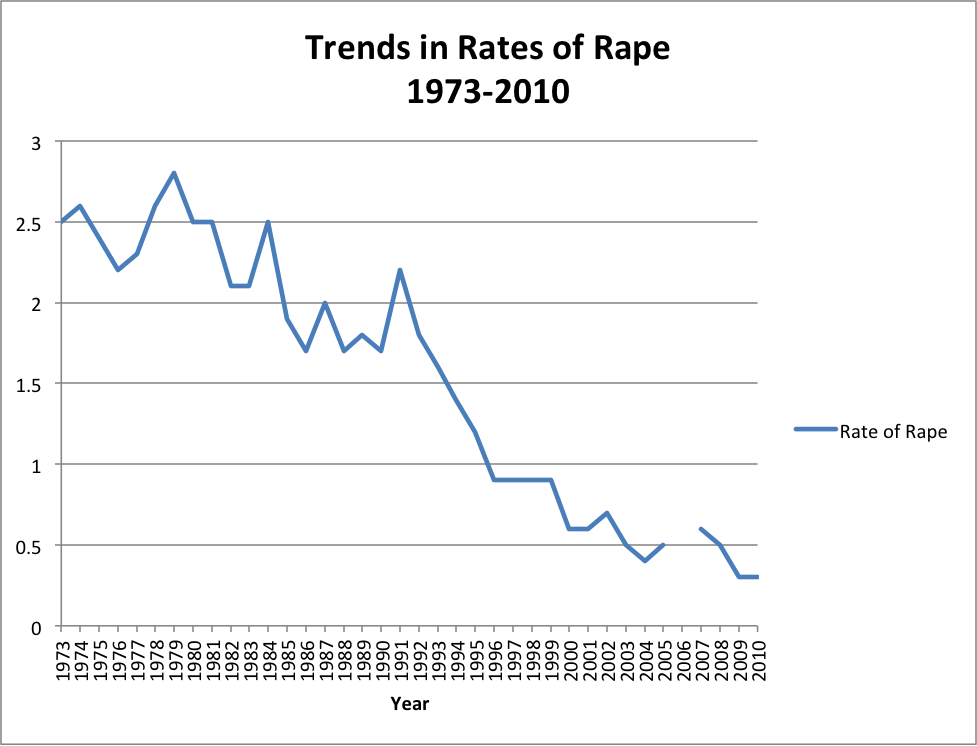 For a discussion of definitions of rape and sexual assault and how they have changed visit, slate.com/blogs.