Revisit: The Trouble with Averages

If you’ve followed threads on tax cuts and the math of averages–see this one for example–maybe you want to take note of this 2013 CCF series (.pdf) on “the trouble with averages.” 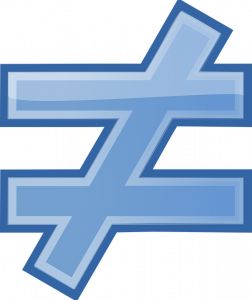 All those advice books that tell you what to expect when you get married or divorced, lose a spouse, or experience a trauma may be leading you seriously astray. That is the clear implication of a new report to the Council on Contemporary Families. Report authors Anthony Mancini (Pace University) and George Bonanno (Columbia University) have been studying many of the topics on which experts often dole out generic advice–from marriage and divorce to death of a loved one and military PTSD. They keep finding the same thing: “Our research confirms—in study after study—that people respond in surprisingly diverse ways to a wide variety of life events and acute stressors.” The research, discussed in Mancini and Bonanno’s report, “The Trouble with Averages: The Impact of Major Life Events and Acute Stress May Not Be What You Think,” suggests that there is no one “normal” response to getting married or divorced, losing a spouse to death, or experiencing military deployment.

There are an infinite number of clichés about marriage, divorce, and the death of a spouse. These clichés put a lot of pressure on people to conform to those hyped expectations, and cause anxiety if they don’t. But Mancini and Bonanno’s report demonstrates that those clichés—often derived from statistically “average” responses to major life transitions—hide the diversity of ways people react to both good and tragic turns in life. Consider the following findings:

How traumatic is the loss of a spouse as a result of death or divorce?

Mancini observes, “These results should reassure people who hesitate to hire returning veterans, but they offer no support for cutting back treatment programs for veterans. In fact, our findings suggest that more attention should be paid to evaluating soldiers’ well-being and providing treatment when needed before as well as after deployment.”

Who cares? (Those concerned with first do no harm.)

Mancini makes the relevance unambiguous: “Our research has real life consequences. Reliance on average responses has led to the cultural assumption that most people experience considerable distress following loss and traumatic events and that everyone can benefit from professional intervention. After 9/11, for example, counselors and therapists descended on New York City to provide early interventions, particularly to emergency service workers, assuming that they were at high risk of developing posttraumatic stress disorder.” In the report Mancini and Bonanno discuss the harm sometimes done by interventions—such as grief therapy or critical incident tress debriefing—that are based on these assumptions. Mancini continues, “In fact, most people—even those who experience high levels of exposure to acute stress—recover without professional help.