Nancy McArdle, Maura Baldiga, and Pamela Joshi and Dolores Acevedo-Garcia on May 18, 2017 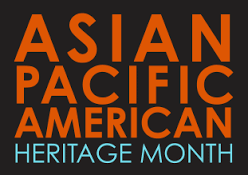 This fact sheet was compiled for the Council on Contemporary Families by scholars at diversitydatakids.org.

Asian Americans are often seen as the most affluent racial/ethnic minority group in the United States, the “model minority.” It is true that, overall, their income, educational attainment and neighborhood environment is better than that of Hispanics and Blacks. However, what is often missed is that the Asian American experience is highly diverse. There are significant differences by national origin and across geographic areas. It is important to uncover the variation in the Asian American experience so that we can better understand and address the strengths and vulnerabilities of different subgroups.

Residential segregation among the poor

Separate neighborhoods are often deeply unequal in terms of the opportunities that they offer residents. The diversitydatakids.org/Kirwan Institute Child Opportunity Index  is an aggregate measure of neighborhood opportunity for children across neighborhoods in a metropolitan area, based on 19 indicators important for children’s wellbeing. [Following 4 points based on diversitydatakids.org analysis of the Child Opportunity Index and the 2010 Census, Summary File 1]

Exposure to poverty in public schools

But again, this average advantage does not accrue to all groups of Asians. One symptom of the extreme segregation facing low-income Asians is a lack of access to support systems such as Head Start programs. The percentage of poor Asian children with access to a Head Start Center is lower than for their counterparts of different racial/ethnic backgrounds. Only 22 percent of Asian and Pacific Islander children in families with incomes below the poverty line reside in a neighborhood that includes a Head Start center, compared to 31 percent of poor Black children and 31 percent of poor Hispanic children.

The authors are part of  diversitydatakids.org at the Institute for Child, Youth and Family Policy, Brandeis University. Nancy McArdle is at nmcardle@brandeis.edu

Fabulous to have this disaggregated data and analysis. Thank you!