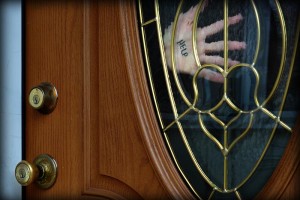 This year, as was the case in 2015 when CCF convened experts on intimate partner violence, we continue to see a marked increase in attention to rape and sexual assault, especially on college campuses, by the media, local authorities, and the White House. The new focus on this problem is beneficial, but its persistence in recent cases is troubling.

History of rates of crime and intimate partner violence

The Council on Contemporary Families Online Symposium on Intimate Partner Violence, reports a decline in IPV that parallels a decline in violent crime overall in the United States. Nevertheless, the series explains, while rapes and sexual assaults may be declining, they are still undercounted. Furthermore, while rates of IPV are unacceptably high on college campuses, those rates are even higher among women not enrolled in four-year colleges.

CCF director of research and education Stephanie Coontz writes in her introduction, “Violent crime has been falling in the United States for more than two decades, after rising sharply between the mid-1970s and 1993. In 2013 the murder rate was lower than any time since the records began in 1960, while violent crimes in general were at their lowest point since 1970.”

Is the decline in violent crime reflected in rates of IPV? Two reports in the series answer yes. Samuel Walker (University of Nebraska) indicates in “Interpersonal Violence and the Great Crime Drop” that “Between 1993 and 2010 IPV fell by 64 percent.” CCF intern Jessica Wheeler’s examination of the National Crime Victimization Survey (NCVS) in “A Review of National Crime Victim Victimization Findings on Rape and Sexual Assault” suggests that rates have been declining since 1973–with important caveats such as the NCVS’s neglect of military populations.

In a detailed study of “Sexual Assault on Campus” University of Michigan scholars Elizabeth Armstrong and Jamie Budnick explain that while rates of IPV are declining, these rates are systematically underestimated – and have been from the beginning of IPV data collection.

For example, Armstrong and Budnick report, a national panel of researchers unanimously concluded that the NCVS techniques “likely inhibit reporting of assaults. Studies have consistently shown that many women do not label as ‘rape’ or define as criminal many sexual incidents that are unwanted and meet standards of forcible rape.” In addition, the way the NCVS is collected does not ensure privacy. “The interviewer is required to question everyone 12 and older at designated households, which means that all residents know what others are being asked. These oral interviews may be overheard,” which can inhibit people’s responses about controversial issues, explain the authors. Their report includes a detailed overview of data sources on sexual assault so that readers can examine the strengths and weaknesses of available data directly.

How common is IPV? The authors cite surveys ranging from a low of 14 to a high of 25 percent, which suggests that “the 1 in 5 statistic so frequently quoted is reasonable, even though inexact. The two most comparable recent surveys—the CSA and OCSLS [see data sources] — converge on a figure of 25 to 26 percent of college women experiencing sexual assault while in college.”

Jennifer Barber and colleagues, also at the University of Michigan, report in “Women not Enrolled in Four-Year Universities and Colleges Have Higher Risk of Sexual Assault” about a detailed study of college-aged women first collected in 2008. The Relationship Dynamics and Social Life Study (RDSL) found that women who never attended or dropped out of 4-year colleges — a group that on average comes from lower-income backgrounds — reported slightly higher rates of IPV. What’s more, these women were more likely to have a history of IPV (21 percent of non-college women versus 13 percent of college women in their study) and less likely to report that their friends and family would be supportive if they reported instances of rape or domestic violence. “There appears to be a higher incidence of, and tolerance for, such violence among the disadvantaged than among the privileged,” Barber and colleagues conclude. Since IPV has serious long-range health consequences for women, they report, this makes it all the more important “that the care and consideration we are giving sexual assault on college campuses must be extended off campus.

Stephanie Coontz returns to the bigger picture when she argues in her overview that while progress toward gender equality and mutual respect continues, women’s rejection of the double standard has risen faster than men’s. Despite the decline in forcible assaults, there may be new ways in which women are vulnerable to predatory or exploitative young men. “Today’s young women feel safer than earlier generations in openly expressing their erotic interests, and many do so without incurring the stigma or shame that used to be heaped on women who expressed their sexuality. Women also feel a new entitlement to drink alcohol and to party hard without being assaulted or taken advantage of. And they should be so entitled. But not all men have caught up with the new values that give women the right to say yes and the right to say no. There are subgroups of men, especially in settings that encourage rowdy masculine bonding, who still feel a sense of sexual entitlement, including some who actively attempt to incapacitate women with drugs or alcohol.”