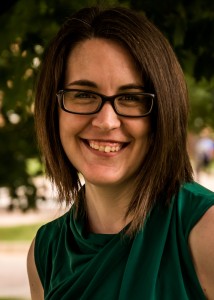 Celebrity lives are central to much social media. All aspects of the lives of celebrities including the good, the bad, and the ugly are on display. And there are patterns. Race, gender, and privilege are part of the cultural logic that sneaks into the coverage. Recently Joanna R. Pepin highlighted this in an examination of domestic violence coverage. Joanna Pepin is a PhD candidate in the Department of Sociology at the University of Maryland who studies romantic relationships and inequality.

In a recent paper, Pepin analyzed a sample of 330 news articles from between 2009 and 2012 that were written about 66 celebrity men. Forty-seven were black and 29 were white. She limited her sample to include only news articles about men because of the much greater frequency and severity of men’s violence against their partner. She also restricted her sample to only include black and white men because other races were not represented with sufficient frequency for the period she was studying. Lastly, she limited her search to include only professional actors, musicians, and professional sports players, thus excluding reality television stars, and college athletes. She used a sample of articles that were published online and that were within six months of the report of domestic violence.

Pepin wondered if there were systemic patterns in intimate partner violence reporting by the media related to white and male privilege, and that is exactly what she found. Men’s violent incidents tended to be portrayed in such a way that minimizes the responsibility of the man and excuses them for their behavior in general. However, black men were more often depicted as criminals while articles about white men contained more excuses or justifications for their actions. She derived three important observations about male privilege, and two other key points about white privilege.

Pepin reported that more than 50 percent of the articles minimized the seriousness of the domestic violence. For example, when male celebrities’ domestic violence was discussed it was often done so in a way that used softer language, such as by saying argument, dispute, altercation, or incident. This leads the reader to believe that the violence was simply a bad argument, or a common disagreement between a couple. The news coverage instead profiled men in a way that highlighted their successes, as well as being framed as a good guy.

Pepin looked at underreporting of sanctions; that is, did the articles talk about the impact that the violence had on his job, the accountability of the celebrity, and the legal consequences? She found that only 8 percent of the articles included information about how the celebrities’ actions impacted their work, only 4 percent included statements from the journalist about how the action of the celebrity was unacceptable, and only 7 percent of the total articles mentioned legal consequences.