Does Premarital Cohabitation Raise Your Risk of Divorce?

In the last 50 years, the percentage of men and women who cohabit before marriage – “living in sin” as it was still called in the 1960s – has increased by almost 900 percent. Today 70 percent of women aged 30 to 34 have cohabited with a male partner, and two-thirds of new marriages take place between couples who have already lived together for an average of 31 months.

These trends are troubling to some because nearly a dozen studies from the 1970s into the early 2000s showed that men and women who lived together before marriage were far more likely to divorce than couples who moved directly from dating to marriage. In fact, on average, researchers found that couples who cohabited before marriage had a 33 percent higher chance of divorcing than couples who moved in together after the wedding ceremony. In light of those findings, some commentators have argued that reducing the stigma attached to living together outside marriage has been a mistake, leading many young couples to make decisions that put their future marriage at risk.

In the last two years, newer research has suggested that the risk associated with premarital cohabitation may be receding. Sociologists Wendy Manning and Jessica Cohen found that for marriages formed since the mid-1990s, living together before marriage did not raise the risk of divorce. In fact, for a minority of women with higher than average risks of divorce – women with a premarital birth, women raised in single or stepparent families, or women who had had more than the median number of sex partners – living together while engaged was actually more protective against divorce than moving directly into marriage. New studies show the risk associated with premarital cohabitation may be receding 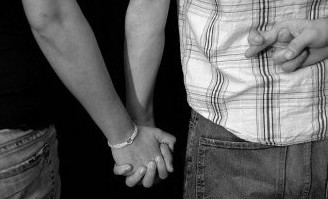 My new research, forthcoming in April in the Journal of Marriage and Family, suggests studies have consistently overstated the risk of premarital cohabitation, and continue to do so even for marriages formed since the mid-1990s. This is because they have been comparing couples by their age at marriage rather than by their age when they moved in together. On average, cohabitors move in together and start trying to “act married” at a younger age than couples who marry directly. My study finds that when couples are compared by the age at which they move in together and start taking on the roles associated with marriage, there is no difference in divorce rates between couples that lived together before marriage and those that didn’t.

It turns out that cohabitation doesn’t cause divorce and probably never did.  What leads to divorce is when people move in with someone – with or without a marriage license – before they have the maturity and experience to choose compatible partners and to conduct themselves in ways that can sustain a long-term relationship. Early entry into marriage or cohabitation, especially prior to age 23, is the critical risk factor for divorce.

For further information on why early settling down is such a risk and for more details on her findings, contact Dr. Arielle Kuperberg, Assistant Professor of Sociology, The University of North Carolina at Greensboro, atkuperb@uncg.edu.

Arielle Kuperberg is in the department of sociology at the University of North Carolina at Greensboro. She studies family, gender, and sexuality.

Nice! I look forward to reading the study.