Stephanie Coontz has an excellent Op-Ed on the front of today’s New York Times Sunday Review, which draws out the implications for family instability of the connection between increasing gender equality on the one hand, and increasing economic inequality and insecurity on the other. The new instability is disproportionately concentrated among the population with less than a college degree.

To help with her research, I gave Stephanie the figure below, but it didn’t make the final cut. This shows the marriage history of men and women by education and age. She wrote:

I highlighted those numbers in the figure. Also striking is the higher percentage of divorced people among those with less than a BA degree (and higher widowhood rates). Click to enlarge: 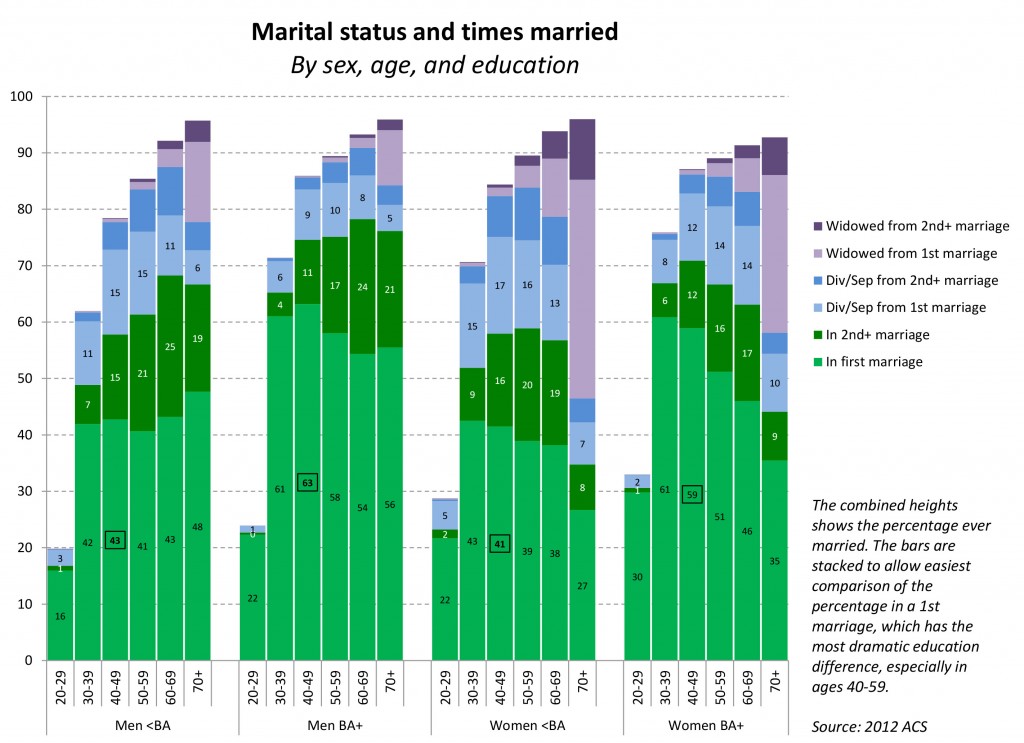 Cross-posted on the Family Inequality blog.