Sociology of the Siege 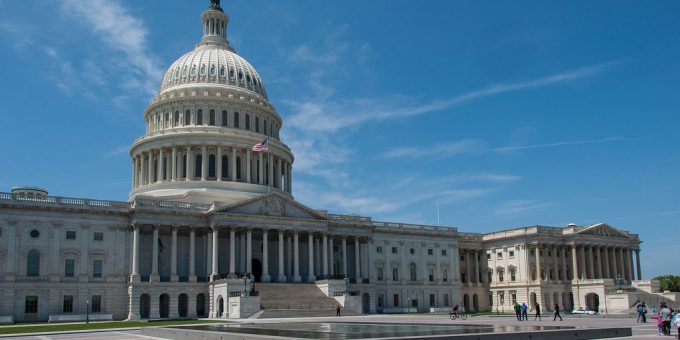 Since the January 6 Assault on Capitol Hill, scholars, reporters, and politicians have tried to make sense of the violent insurrection. Many draw from fundamental sociological lessons to make sense of violence, place it in historical context, and help readers navigate the ongoing political turmoil. (A collection of posts from recent years on Contexts captures this potential.)  Sociology offers theories and methodologies that are useful in analyzing violent political events like the Trump insurrection. The following paragraphs draw on classic studies of nationalism, violence, and comparative methods to demonstrate how reporters, politicians, and scholars alike are using sociological concepts and ideas to understand this historic event.

Across all countries, nationalism and shared national identities are potent tools. Political actors draw from narratives of national history, culture, and morality to justify their actions. These narratives may or may not be grounded in reality – their power stems from shared belief. Scholars have long noted that American democracy, in particular, is grounded in religious myths of the divine purity of the nation. Manifest Destiny characterized American governance as just and perfected in the eyes of God, ideas which are deeply intertwined in narratives of colonization and white supremacy. As a consequence, many white Americans struggle to critique our political and social institutions.

Many scholars understand nationalism and American exceptionalism as central mechanisms that enabled this siege.  Although a photo essay from the Washington Post argues that the siege may be “The End of American Exceptionalism,” some scholars disagree. In the Chicago Tribune, geographer Jordan Brasher argues that this insurrection builds upon racist, white supremacist movements that are the rule rather than the exception in American history.  In Foreign Policy, political scientist Kelebogile Zvobgo discusses the unequal acceptance of American exceptionalism within the United States, calling for transitional justice as a path towards healing deep social divisions.

Legitimacy and Threats to Democracy

Political scientists have written reflections on the capacity of events like the siege to weaken democratic institutions. Max Weber classified power as either coercive, based in fear or violence, or authoritative, based on a commonly-held assumption of legitimacy. Democratic governments often rely upon systems, like elections, that the majority of citizens believe are fair and just. When powerful political actors undermine this trust in the state, they may have the capacity to impact the functionality of the government. Those who no longer believe in the state’s legitimacy may stop upholding norms of the state, meaning that systems of governance could struggle to function. It may also lead an institution to seek other methods of control that aren’t based in trust, like increased violence.

For example, C. Scott Peters, in the Des Moines Register, argues that decades of negative partisanship and overreach by the executive branch have damaged the norms that protect democracy. But Daniel Bessner and Ben Burgis write in Jacobin that the collective reaction to the Capitol siege overstates the power it had to disrupt democracy, while also paving the way for a stronger and more threatening security state. Either way, political scientists agree that these concerns extend far beyond the United States.  In The Conversation, political scientist Robert Patman, writes about the need to protect democratic institutions globally, calling for international cooperation in combating the role that racism, white supremacy, and extremism play in subverting the democratic process.

Amidst the chaos of January 6th, scholars, politicians, and news media tried to define and characterize the events they saw unfolding on TV. Sociologists emphasize the role naming and labeling play in the social world. For example, labeling helps individuals categorize and organize people into different groups. The very labeling of certain behavior as inappropriate/deviant or acceptable is essential to understanding the social construction of crime. The “politics of naming,” or the idea that some acts of violence are criminal and others not is especially important in understanding mass violence and war. For example, calling these events “protests” reflects the ongoing political struggle in America, but protests are not criminal. Alternatively, labeling these events as “domestic terrorism” or a “coup” indicates that crimes were committed. The naming of such behavior as a crime not only changes how we view those engaging in deviant acts, but also influences the form and gravity of corresponding punishments. These labels play an important part in assigning blame to the individuals who directly carry out violent acts and the more powerful figures who organize, assemble, and incite these individuals.

Washington DC Mayor, Muriel Bowser, for example has called the events of January 6th domestic terrorism, while the American Friends Service Committee warned that this label could justify increased policing and surveillance of communities of color and activists in the name of counter-terrorism. Reporters at The Washington Post have favored terms like siege, as they grappled to determine whether these events amounted to an out-of-hand protest or a carefully planned crime. Other news outlets like Foreign Policy have argued against labeling the violence as a coup, as coups have historically required military support. In fact, author Jonathan Tepperman argues that the appropriate naming of this episode of violence is essential to holding the right people accountable.

Despite the debates about naming and labeling these events, scholars and political pundits alike were quick to draw comparisons between what was unfolding at the Capitol and other events of political violence. As previously discussed on TSP, bridging metaphors — or the use of a past event to better understand a current event — are often used by politicians and scholars. In the aftermath of the Assault on Capitol Hill, bridging metaphors were used to connect this recent event with other contemporary episodes of political violence.

Yet many of the comparisons made emerged out of disbelief. More specifically, comparisons to the “banana republics” of the Global South demonstrated American inability to foresee or believe that political violence could occur here. This points to the work of many sociologists who have suggested that American nationalism is rooted in white supremacy — the idea that America is better than Black and Brown countries that experience political violence.

Sociologists have espoused the usefulness of comparison. In fact, Evans-Pritchard once stated, “There is only one method … the comparative method. And that is impossible.” Despite the difficulty in structuring sound methodological comparisons, they are essential to understanding our social world. But comparisons and false equivalency are not the same. In the aftermath of the insurgency, false equivalencies also emerged. One common example was the attempt to equate recent protests and Black Lives Matter activism with the events of January 6. While comparisons regarding resource mobilization, crowd dynamics, or other particular dimensions of collective action may be fruitful, attempts to equate the two fail to appropriately and ethically compare and contrast these events. This failure poses potential challenges for ongoing and future social movements.

In the aftermath of the insurrection, sociologist Jeffrey Alexander drew comparisons to Nazi Germany in The Hartford Courant; “It gave them a feeling of self-importance, and that they were accomplishing something of historic importance… which is, of course, how the Nazis felt. … All societies are driven by extreme strains and stresses, and there’s a lot of people who are left out at any given time on the left and on the right.” Other writers point to potential problems of comparison. In a recent Inkstick article, the authors of this post have also argued that this episode of violence is not unique, but instead is simply another example of state-incited violence in a long history of violence at home and abroad. Comparisons to insurrection in the Global South, they argue, invokes the idea that political violence happens elsewhere — and that it cannot occur here.

Brooke Chambers is a PhD candidate in the University of Minnesota’s Sociology Department. She is interested in genocide (with a particular focus on the 1994 genocide in Rwanda), human rights, and policy formation in response to genocide and mass atrocity.

Jillian LaBranche is a PhD Candidate in the University of Minnesota’s Sociology Department. She is interested in large scale political violence (with a particular focus on the Sierra Leone Civil War and Rwandan Genocide), education, and collective memory. Her work focuses on how the naming of large scale political violence conditions the construction of national historical narratives.

Nikoleta Sremac is a second year graduate student in the Department of Sociology. She is interested in the relationships between gender, feminism, mass violence, and social change.

Brooke Chambers is a PhD candidate in the University of Minnesota’s Sociology Department. She is interested in genocide (with a particular focus on the 1994 genocide in Rwanda), human rights, and policy formation in response to genocide and mass atrocity.

Jillian LaBranche is a PhD Candidate in the University of Minnesota’s Sociology Department. She is interested in large scale political violence (with a particular focus on the Sierra Leone Civil War and Rwandan Genocide), education, and collective memory. Her work focuses on how the naming of large scale political violence conditions the construction of national historical narratives.

Nikoleta Sremac is a second year graduate student in the Department of Sociology. She is interested in the relationships between gender, feminism, mass violence, and social change.