Social Fact: Those Who Can, Vote? 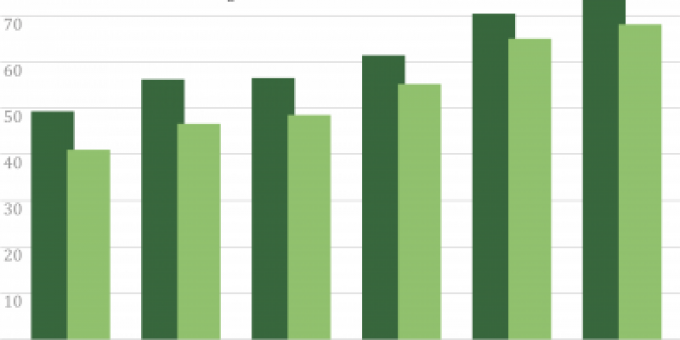 In the weeks leading up to the November 2012 presidential election, college campuses have been teeming with young volunteers urging their classmates to register online to vote. Miles away from the Ivy towers and frat rows, dedicated volunteers (typically for the Democratic party) clutch their clipboards outside bodegas, pound the pavement at inner-city block parties, and approach tired commuters at bus and subway stations, asking everyone they can whether they’d like to register to vote.

These efforts are well intended; low voter turnout rates among young Americans, the poor, and ethnic minorities have the potential to profoundly affect election results—especially given the tendency of each of these subgroups to favor incumbent President Barack Obama in the upcoming election. The proportion of 18- to 24-year-olds who voted in the 2008 presidential election is estimated to have reached 51%. Although that marked the third highest turnout rate among young people since the voting age was lowered to 18 in 1971, the figure still lags far behind the 70% turnout rate evidenced among voters in their 50s and older. Some observers estimate this age gap means that 25 to 30 million youth votes are “missing” and up for grabs.The issues considered most important in the upcoming election are joblessness and the flailing economy—concerns that may well trigger a strong turnout among those facing the bleakest economic and career prospects.

Why aren’t young people—as well as ethnic minorities and the economically disadvantaged—turning out on Election Day? One widely accepted answer is access; those who don’t register can’t vote. There is some truth to this explanation. The Current Population Survey (CPS), a random sample survey of Americans, asks participants whether they were registered to vote and whether they did vote in the most recent election prior to interview. Some of the data capturing 2008 voting behavior are plotted in three graphics below. Just half of 18- to 20-year-olds and 56% of 21- to 24-year-olds say they registered to vote in the 2008 presidential election, compared to 75% of persons age 65 and older. Even wider disparities are evidenced by ethnicity: while three-quarters of whites and blacks say they were registered to vote in the 2008 election, just 37% of Asian and Latino respondents had registered. Further, the educational gradient in voter registration is remarkably steep: fewer than one-third of persons with an 8th grade education registered, but the proportion climbed to 43% among high school dropouts, 60% among high school graduates, 72% among those with some college, and 77% for college graduates.

These wide disparities in voter registration are exacerbated by the fact that many who register to vote do not ultimately turn out to the polls. The proportion of registered voters who fail to vote is steepest among young people, the poorly educated, Asians, and Hispanics. For example, 68% of persons age 65 and older said they voted in the 2008 election—that’s more than 90% of those who said they had been registered. By contrast, 41% of persons aged 18 t0 20 voted, for 84% of those who had registered. The gaps are steeper by educational attainment: nearly all college graduates who were registered ultimately voted, yet just three-quarters of those with an 8th grade education could say the same.

The question remains: Why are some Americans less likely to register and, ultimately, to vote? Experts attribute these patterns to a range of factors including apathy, disillusionment, a lack of civics education, the belief that neither candidate represents one’s interests, and high exposure to television ads that smear the candidates’ reputations. Yet some political observers anticipate, hopefully, that the 2012 election may see an increase in young and economically disadvantaged voters. After all, the issues considered most important in the upcoming election are joblessness and the flailing economy—concerns that may well trigger a strong turnout among those facing the bleakest economic and career prospects.

I wonder if there's any good data on same-day registration (still available here in Minnesota); I'd be interested to know how often that's used, given that the practice often seems to be regarded with the same gimlet eye that's spawned the Voter ID law craze in so many states!