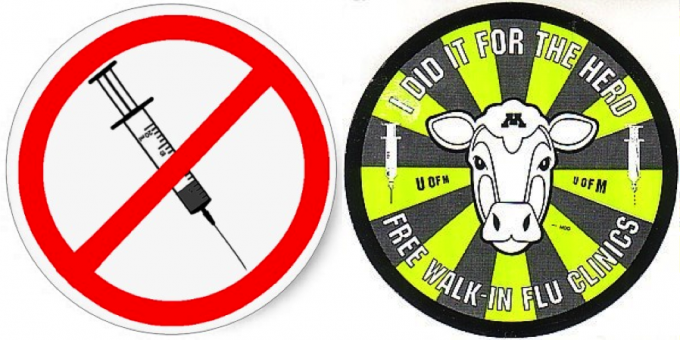 Social networks are often lauded for their potential to reach large numbers of people in innovative ways. Yet, there is unequal access to social media and unequal “quality” within networks—both on and offline. Brian Southwell, author of the new book Social Networks and Popular Understanding of Science and Health: Sharing Disparities, told TSP in a recent interview that he was inspired by this paradox: while we are awash in information, there’s lots of evidence this information isn’t getting into everybody’s hands.

The inequalities in information sharing seem to come down to what Southwell calls “the simple realization that networks differ in size and structure.” While it’s possible to reach thousands of connections via Facebook or Twitter, most people’s networks simply aren’t that large. Further, some people’s temperament and personality are more outgoing than others, which results in different “sharing behavior” online. Finally, we must consider that people also don’t talk about topics in the same way or to the same extent. As Southwell points out, a physicist and a sociology student might think (or care) about advances in string theory very differently, so scientific advances are unlikely to go viral or to flourish across all networks equally. And there will be some—perhaps many—who don’t care about string theory at all.Click here to listen to Prof. Southwell’s Office Hours podcast episode.

Beyond scientific discovery, uneven network effects have clear implications for health-related research. Southwell looks at nuances of information flow to predict differences in communication by topic and across networks. A few years ago, he worked with the Minnesota Department of Health on using “viral” referral approaches to try to get information about cancer screening programs to under- and uninsured populations. The “refer a friend” program was meant to encourage people to send in friends or family members after being screened for cancers themselves. What the health officials found was that there was some referral, but not as much as hoped:

There were really important disparities, such that people that were in zip codes and neighborhoods where there was a lot of what some might label social capital or connections between people, there was a lot of referral… But in other places, places where you might worry a bit more about people being more marginalized generally, you saw less of this referral occurring. And so, in that instance, we started out with using a “refer a friend” program to increase access to information about free cancer screening and end[ed] up redefining disparity.

Another example Southwell cites is the polarized discussion around H1N1 (or “Bird Flu”) vaccines a few years ago. Though varied networks talked about vaccination, they talked about it in quite different ways. So depending on what kind of network you were located in, you might have been surrounded by positive information or been actively discouraged from vaccination. In this way, health information received through social networks likely influences health-related behaviors, but the influences can be polarized.

This is at the crux of what Southwell researches. Social networks (both on and offline) are important; they are also reflective of the communities and cultures they tie together. Referrals may work well in some contexts, but not in others. The result is that less potentially life-saving information is shared with difficult-to-reach networks. Southwell says he has to keep in mind, “in the abstract, there are broader social forces that shape the way information travels.”

Following these lessons, Southwell cautions against the excitement government, health, and communication professionals hold when it comes to social networking. He warns that we shouldn’t turn campaigns over to efforts to “go viral,” simply because it’s a cost-effective way of spreading information. He also cautions against relying too heavily on the social media sphere as an indicator of public opinion. Last spring, Pew Research came out with a report that reinforced the notion that public sentiment as expressed on Twitter is not necessarily representative—the network itself is not representative of the population, so how could Tweets possibly capture public opinion? So, instead of looking at whether an issue is being discussed, Southwell says researchers should look at how an issue is discussed across social networks.

These dynamics are important, explains Southwell, when we consider the popularization of information and our tendency to look at what’s happening on Facebook and Twitter as an indicator or forecast of what people are learning about. In his words, “the public understanding of science… I worry if we look at just what’s popular by virtue of current conversation that we may be missing opportunities for future education.” Last summer Southwell did a quick calculation to look at social media activity with regards to two different topics:

On the one hand, there was conversation with regards to climate change; we’ve reached some important thresholds in the past year, so it’s an important time in terms of having that discussion. And the other topic was the latest royal arrival, in the form of Prince George. And we saw there that Tweets with regards to the infancy in the royal palace outpaced climate change discussion by a 10:1 margin over a period during the summer… people talk about social networks and social media very excitedly, and—I don’t want to throw cold water on all that discussion—I just think we need to be more nuanced as we embrace that conversation.

Southwell doesn’t want to “come across as blasé or not interested in social media.” In fact, his point is not that we should reject the communicative possibilities of social networks. Sociologists and curious citizens just need to contextualize the information they get and give from such communication hubs. He offers these recommendations: First, if social networks are going to be a core strategy for spreading important information to the public, it’s important that there’s an already-built infrastructure. In other words, an agency can’t snap its fingers and hope for material to go viral if there isn’t an existing network among those they’re trying to reach. Second, for effective communication across social networks, we need to “meet people where they are.” Much as we may not like (or, actually, really like) it, “pictures of furry kittens are going to go viral.” A certain framing or a particular emotional tone may be useful in getting information to spread. Finally, Southwell says health professionals and research scientists need to have realistic conversations about dry, mundane reports. They’re probably not going to “go viral.” Our messages, then, must come from a foundation of understanding everyday conversational dynamics. Scientists need to start talking a little less like scientists, not to dumb down their findings, but to make that information accessible and useful.Social media and communication across networks carry great promise, so long as the messages are interesting and intelligible. A cat picture still might not hurt.

This is an issue that crosses disciplinary divides. Aside from thinking practically in terms of campaign implementation or evaluation, anybody who’s interested in public opinion (certainly sociologists, political scientists, and other researchers) ought to be paying attention to the amplification and mitigation effects in networked communication. As a tip, Southwell says that projects and programs that are building networks as an infrastructure for later information dissemination are a “really smart investment.” Then social media and communication across networks can carry great promise, so long as the messages are interesting and intelligible. A cat picture still might not hurt.

Sarah Lageson is a Ph.D. student in sociology at the University of Minnesota. She studies media, crime, and law. Sarah is a co-host of the Office Hours podcast.

[…] “Health, Science, and Shared Disparities with Brian Southwell,” by Sarah Lageson. Social networks may be great for getting the word out, but that’s highly dependent on the network. […]

Social networks and popular understanding of science and health: Sharing Disparities | Science Book a Day — May 29, 2014

Sarah Lageson is a Ph.D. student in sociology at the University of Minnesota. She studies media, crime, and law. Sarah is a co-host of the Office Hours podcast.