Of Carbon and Cash 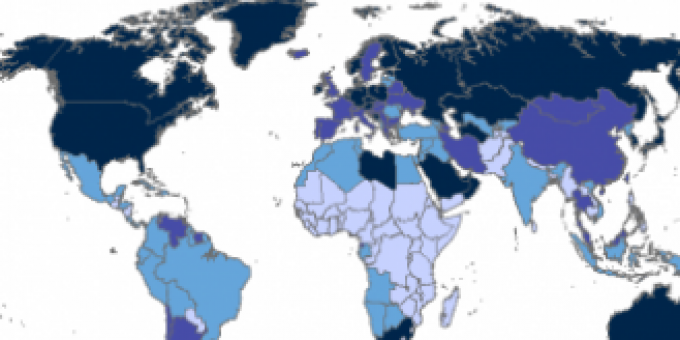 As Andy Ross told us, climate debt refers to the harmful carbon emissions created by countries like the United States and the grave effects that climate change is having on poorer, developing countries in the Global South. First introduced in the United Nations Framework Convention on Climate Change, the concept of climate debt has motivated politicians, scientists, academics, and advocates to look closely at how climate change is experienced by rich and poor countries. Climate debt, for them, represents another example of the persistent global inequality between the developed countries in the Global North and the developing countries of the Global South. Social scientists are playing an important part in documenting the social movements around climate debt and in developing methods to calculate and account for such debts.

Meanwhile, this persistent global inequality serves as the basis for several international debt relief movements. For instance, the Jubilee Movement, predicated on the biblical notion of the “jubilee” (when debts were forgiven every seventh year), is a global movement based in Britain and other Global North countries that advocates for forgiving and abolishing the debts that Global South countries supposedly owe from the colonial era. In this instance, the “creditors” are wealthy, developed nations who once colonized and extracted resources like gold, oil, coal, and diamonds from countries they later charged with “debt repayment.” In one alarming example, Haiti was forced to pay the French government from 1825 to 1947 to compensate for “property” lost to French slave owners when Haitian slaves successfully revolted. The Jubilee Movement uses the debt abolishment argument to pressure countries to forgive such debt rather than force other nations into bankruptcy. Jubilee has had some limited success, but wealthy countries continue to pressure poorer countries to pay outstanding debts.

From Debt to Reparations

Climate debt is predicated on the idea that all countries and all humanity share the environment and the earth’s atmosphere, a sort of “global commons” according to Simms. If all nations and people have an equal claim to this global commons, then the countries and people that are overusing and even damaging the environment are racking up an ecological debt to the wider community and should have to account for the consequences of their behavior. In the instance of climate change, this debt is comprised of greenhouse gases and CO2 accruing in the atmosphere. The climate justice movement focuses on reparations for countries that are experiencing the harshest effects of climate change, brought on by the emissions of other countries. At the same time, it also tries to eradicate the debt (or these harmful emissions) altogether.

Notoriously difficult to quantify, climate debt is measured in numerous ways but is usually divided into two elements: emissions and adaptation debt. Emissions debt refers to the over-production of emissions that diminish the earth’s capacity to absorb greenhouse gases. Adaptation debt addresses the costs associated with the adverse effects of these emissions. In “Climate Debt: A Primer,” Matthew Stilwell argues that adaptation debt is associated with “the escalating losses, damages, and lost development opportunities facing developing countries.” Within climate debt, emissions debt is the most easily quantified since, Ross explains, it “can be measured more reliably, on the basis of atmospheric emissions estimates.” The carbon debt of the over-emitting countries is then calculated at $100 per ton of CO2.

If a “carbon quota” were allocated to countries on a per capita basis, the biggest emissions offenders would rack up a carbon debt. Those (usually poorer) countries that create fewer emissions than their quota would then receive a carbon credit.

The Debt of History

The question about how to calculate these values complicates the measuring of carbon debt by country. Should the debt, for instance, be determined by a country’s current emissions levels? Should it take into account cumulative emissions from a given moment in history until today? The rationale for using cumulative emissions draws from historical and social scientific research that finds that countries almost inevitably increase their emissions as they develop infrastructure and industry. Calculating this debt from current emissions levels would clearly disadvantage developing countries that have not historically had high emissions levels but have increased carbon production with recent development. Countries like these include China and India. At the same time, using current emissions levels would excuse or minimize charges to historical emissions offenders—developed countries like the United States that have already built infrastructure and industry.

Should countries actually follow through with repayment of climate debts, the next question is, of course, how these funds would be distributed not only across countries facing the most drastic effects of climate change, but also within these countries to ensure that the individuals who have lost their homes or livelihoods as a result of events like natural disasters and drought receive the needed assistance.

It may seem unrealistic to expect wealthy nations to suddenly fork over billions of dollars in climate reparations, but the concept of climate debt is proving powerful in making claims on the world stage and raising awareness of the differential effects of climate change across countries. Sociologists studying international debt and reparations are analyzing these debates even as they help frame them.

Niclas Hallstrom. 2012. What Next? Climate, Development, and Equity. Uppsala, Sweden: Dag Hammarskjold Foundation and the What Next Forum. Offers a great primer on climate debt, explaining the severity of climate change and the movement for climate justice and equity.

Andrew K. Jorgenson. 2014. “Economic Development and the Carbon Intensity of Human Well-Being,” Nature Climate Change 4:186-189. Examines the relationship between development and carbon emissions and analyzes Africa as the exception to this rule.

Andy Ross. 2014. Creditocracy and the Case for Debt Refusal. New York: OR Books. Locates climate debt within a wider examination of various types of “legitimate” and “illegitimate” debt.

Erin Hoekstra is in the sociology program at the University of Minnesota. She studies pressure on radical grassroots organizations and healthcare for undocumented immigrants.

Erin Hoekstra is in the sociology program at the University of Minnesota. She studies pressure on radical grassroots organizations and healthcare for undocumented immigrants.