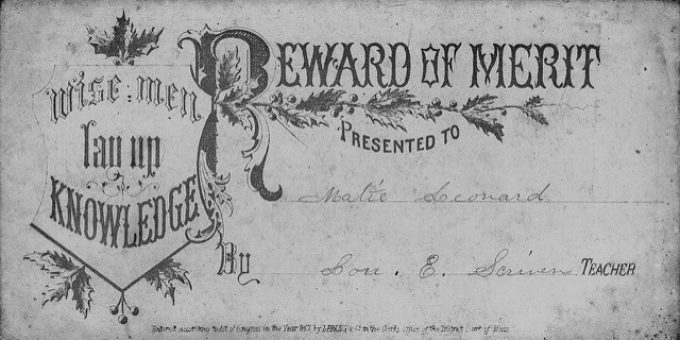 Harvard University is the most prestigious university in the country and perhaps the world. Getting into Harvard is extremely difficult; less than five percent of applicants are accepted, and these applicants excel in every way. Getting into Harvard is a nearly guaranteed ticket to the good life, conferring power and prestige. With only 2,000 students admitted yearly, the stakes are high and the competition is fierce over who should obtain that privilege.

Harvard’s use of race in its holistic/whole person admissions policy is being challenged now by Ed Blum and his organization, Students for Fair Admissions (SFFA), which represents prospective and rejected Asian American students. Blum, a conservative legal strategist, has led multiple challenges to civil rights law, voting rights, and affirmative action. His group claims Asian Americans are discriminated against in admissions because their grades and SAT/ACT scores are the highest, and if applicants were judged on those primarily, their admission numbers would be much higher. If this is proved to be true, then the only proper remedy — according to Ed Blum, on behalf of his newest plaintiffs — would be to eliminate race as part of the holistic admissions process. The SFFA suit is orchestrated with a twist, using Asian American instead of white plaintiffs (like Abigail Fisher, the plaintiff Blum used in his failed attack on the University of Texas) to promote their anti-affirmative action agenda.

The Coalition for a Diverse Harvard, a multi-racial coalition of more than 1,000 Harvard alumni — of which one of us is a steering committee member — found that the percentage of Asian Americans admitted had an upward trend over the last two decades with the use of holistic admission criteria and specifically including “personal qualities.” These admission criteria are used only at the most select colleges in the country.The plaintiffs want in and feel Harvard is illegally discriminating against them even though they feel they’re “the best.”

Many have decried the use of “personal qualities” as one of the multiple criteria holding down the number of Asian American admissions. The assertions from the SFFA plaintiffs that Asian Americans are assigned lower “personal” ratings only play to Asian Americans’ worst fears in stereotypes and to cries of negative action. But could those low “personal” ratings also be attributed to an Asian American image of stereotype promise? Or be explained by stereotypes and prejudices analyzed at the personal, cultural, and neural levels where Asians are rated high in competence, but low in warmth? Harvard, on the other hand, did not find any discrimination in the personal scores. The real fact is that these subjective criteria vary by college, are hard to quantify, and even more difficult to model in a statistics equation.

The plaintiffs want in and feel Harvard is illegally discriminating against them even though they feel they’re “the best.” And for them, the best means they are “meritorious” when it comes to supposedly objective criteria of grades, SAT and ACT scores, and qualitative measures such as extracurriculars.

But Harvard has its own concerns, which is what is best for Harvard. It could easily fill its class twice over with valedictorians, so choosing between highly qualified candidates is very difficult. Harvard thinks merit — a socially constructed assessment — encompasses at least 14 other categories in the application process in addition to tests, including extracurricular involvement, teacher recommendations, counselor recommendations, interviews, athletics, being the child of a Harvard graduate or faculty or staff, a “personal” and “overall” rating by admission staff, personal essays, socioeconomic standing, socioeconomic circumstances, and race. Harvard also assesses potential contributions to society after graduation. It has decided that increasing racial diversity is a noble goal for the university in sorting among these top-flight candidates to decide who gets in. While numbers are obviously easier to gauge and rank, Harvard, and most elite universities, are heavily invested in the whole person — understanding and evaluating more qualitative and intangible aspects of an applicant’s history.

The fight over admissions to Harvard parallels the fight over admissions to New York City’s elite specialized public high schools (in particular, Stuyvesant High School), which we have recently written about. There is just one admissions criterion: pass a single test, the SHSAT. In New York, some Asian parents and alumni are livid over Mayor de Blasio’s proposal to eliminate the test as the sole basis for admission to these schools. It’s no wonder that no one gets a perfect score, or even close. Imagine the havoc if 2,000 students earned a perfect score and had to be guaranteed admission to Stuyvesant, which has admitting classes of about 800.Harvard, and most elite universities, are heavily invested in the whole person — understanding and evaluating more qualitative and intangible aspects of an applicant’s history.

As a result, the differences are also striking. While both institutions have high achieving students, Harvard is racially diverse, with increasing numbers of Asian Americans, Blacks, and Latinos, and getting more diverse each year, while Stuyvesant’s student body is moving in the opposite direction. In both cases, the number of white students are decreasing at Harvard and at Stuyvesant. Case material from Harvard indicates that if race were to be removed as a factor in holistic admissions, the largest gain would be for white students and the largest loss would be for Black students.

For both schools, the fight by SFFA and some Asian Americans (certainly not all), is to promote narrower definitions of merit. At Harvard, they want to increase reliance on tests and grades and get rid of race as an additional factor. At New York’s specialized schools, some Asian parents and alumni want to make sure no one tinkers with what they think of as a “perfect” meritocratic solution to admissions. Work hard academically, pass the test, and get in. Simple. Tests don’t need to be predictive or valid, so long as they can classify.

We use the term “sorting” deliberately. While Harvard and the specialized high schools may claim they are admitting students who will do the best at their respective schools, ultimately what they are doing is choosing who will have access. Entrance to these schools assures privileges, access to networks, and social mobility. That’s huge. There are of course many other universities across the country, and (to a lesser extent) high schools in New York City, that can provide an excellent education. But our system is so stratified that the names Harvard and Stuyvesant ring in people’s ears with great urgency.

The sociologist and Harvard professor, Natasha Warikoo has proposed as a thought experiment to take all qualified students for a particular school and put them in an admissions lottery, which could be weighted for different categories including race and socioeconomic standing. Though highly mechanistic, this proposal can work for some high schools and colleges. It’s a fascinating idea; this would make the admissions work easier and make it clear to those admitted and not admitted that sometimes decisions like these are arbitrary.While Harvard and the specialized high schools may claim they are admitting students who will do the best at their respective schools, ultimately what they are doing is choosing who will have access.

But of course it can’t work. People won’t stand for obvious random chance. There’s a simple reason people get worked up about Harvard and Stuyvesant. They’re different than “merely” good colleges and high schools — they’re the best. These schools have kids with social capital unlike anywhere else, and if you don’t already have it, you can get it there. Graduates from these places who don’t already know how the world works learn these lessons well, and they learn to navigate the world like they own it. Because they will.

Parents and students, especially those who are not already privileged, know this, and this raises the stakes. Once awarded with membership to these elite schools, one may have a vested interest to keep others out, especially those you think may not belong. It’s not coincidental that lower-status schools with higher admission rates are not having this discussion, and they’re not being sued by the likes of Ed Blum.

Margaret M. Chin. 2016. “Asian Americans, Bamboo Ceilings and Affirmative Action.” Contexts 15(1). Chin finds that Asian Americans having a difficult time getting promoted into the executive suites. Workplace affirmative action programs helped some Asian Americans reach high levels in the professional world and should not be eliminated because they are still necessary.

Natasha Warikoo. 2016. The Diversity Bargain and Other Dilemmas of Race, Admissions, and Meritocracy at Elite Universities. University of Chicago Press. In this book, Warikoo discusses beliefs about race, meritocracy, diversity, and college admissions.

Nicholas Bowman and Julie Park. 2015. “Not all Diversity Interactions are Created Equal: Cross-Racial Interaction, Close Interracial Friendship, and College Student Outcomes.” Research in Higher Education 56(6). This article examines diversity on campus and if it has any effects on student outcomes.

The AAPI Data Project shows Asian Americans as a whole are a bifurcated group. Some ethnic groups have the highest incomes and education levels while others have the lowest. The latest 2016 survey found that all Asian Americans support Affirmative Action, with the least support from Chinese Americans (73% v 41%).

Syed Ali is a professor of sociology at Long Island University-Brooklyn. He is the co-author of the forthcoming book The Peer Effect: Lessons from Graduates of the Best High School in America for Choosing a School and Improving our Educational System.

Margaret M. Chin is Associate Professor of Sociology at Hunter College and the Graduate Center (CUNY). She is working on two books, Playing the Professional Game: Second Generation Asian Americans, Work, and Bamboo Ceilings and The Peer Effect: Lessons from Graduates of the Best High School in America for Choosing a School and Improving our Educational System with Syed Ali.

Syed Ali is a professor of sociology at Long Island University-Brooklyn. He is the co-author of the forthcoming book The Peer Effect: Lessons from Graduates of the Best High School in America for Choosing a School and Improving our Educational System.

Margaret M. Chin is Associate Professor of Sociology at Hunter College and the Graduate Center (CUNY). She is working on two books, Playing the Professional Game: Second Generation Asian Americans, Work, and Bamboo Ceilings and The Peer Effect: Lessons from Graduates of the Best High School in America for Choosing a School and Improving our Educational System with Syed Ali.