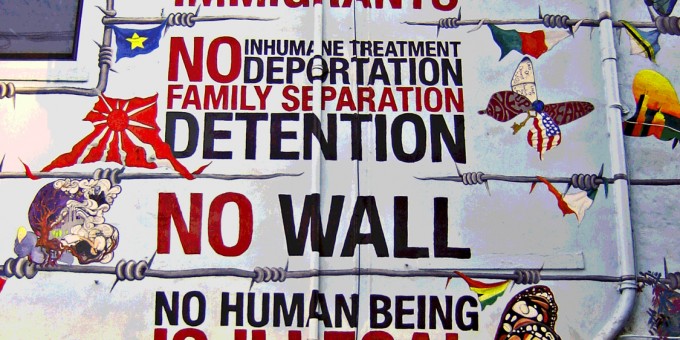 Eds’ Note: This piece is reprinted with permission from Pacific Standard.

As greater numbers of non-white immigrants enter the country, our racial justice policies are leaving behind longstanding racial minority populations.

When Kwasi Enin—the first-generation Ghanaian-American student accepted by all eight Ivy League schools—first made headlines, he probably never expected to ignite a national conversation about race and ethnic relations. Why would he, given his rank among the top of his class and his stellar 2250 SAT score? By all accounts, he represents the typical Ivy League-bound high school senior.

But Enin is “not a typical African-American kid,” as some have characterized him. This description has been rightly criticized as an ill-phrased reference to the student’s immigrant origins that draws on perceived frictions between African immigrants and black Americans, especially in discussions of higher education. Driving these perceived tensions is the notion that immigrants are benefitting from racial justice policies—like affirmative action—that were originally intended to make up for historical wrongs committed against black Americans.

This emphasis on the black American-African divide misses a larger question about immigration’s role in the implementation of racial justice policies, and how these policies have been redefined to foster racial diversity. As greater numbers of non-white immigrants have entered the country, longstanding racial minority populations have become increasingly multi-ethnic. Our racial diversity policies should be reconstructed to reflect these demographic realities.

Presidents John F. Kennedy and Lyndon B. Johnson established and expanded affirmative action via Executive Order in 1961 and 1967, respectively. Although codified to limit discrimination because of race, creed, color, or national origin, the policy was primarily intended as one of racial justice, providing historically disadvantaged minority groups—especially black Americans—equal opportunity in the fields of employment and higher education. Challenges to the policy over the years have broadened its scope, however. Most famously, the Supreme Court’s landmark 2003 ruling in Grutter v. Bollinger—which upheld the affirmative action admissions policy at the University of Michigan Law School—did not uphold racial justice as a strict scrutiny standard of interest for the federal government. Affirmative action became a matter of racial diversity, shifting the policy’s original purpose to encompass both longstanding racial minorities and, importantly, a growing number of non-white immigrant groups.Since the 1960s, large-scale migration to the United States has facilitated the arrival of new, mostly non-white immigrant groups—from Latin America, East Asia, the Caribbean, and Africa—which has blurred the lines between immigrant and “racial” minorities.

Since the 1960s, large-scale migration to the United States has facilitated the arrival of new, mostly non-white immigrant groups—from Latin America, East Asia, the Caribbean, and Africa—which has blurred the lines between immigrant and “racial” minorities. A recent report by the Migration Policy Institute notes that the 3.3 million foreign-born blacks living in the United States represent eight percent of all black Americans; these immigrants’ 813,000 second-generation children represent 12 percent of all young black children.

Similarly, foreign-born Mexicans constitute 34 percent of the Mexican-American population and a growing proportion of all young Mexican children. Through a process Stanford sociologist Tomás Jiménez calls “replenished ethnicity,” immigration is likely to continue diversifying the ethnic composition of longstanding racial minority groups. These ethnic differences raise important questions about the utility of racial justice policies in educational and workplace settings where diversity outreach policies are the norm.

The evidence shows that, at least among elite universities, immigrant youth are benefitting from these racial justice-turned-racial diversity policies. In a 2007 analysis of the National Longitudinal Survey of Freshmen, Princeton sociologist Douglas Massey and colleagues found that black students with immigrant origins are overrepresented among students in top colleges. Among the study’s top 28 most selective colleges, 27 percent of black freshmen are of immigrant origin; the figure was at 35 percent for those entering the top 10 most selective institutions. Among the Ivy League institutions in the sample, first- and second-generation blacks made up 41 percent of the population.

Other studies demonstrate that first- and second-generation youth descended from Mexico, Colombia, Ecuador, and Peru perform better than comparable native-born Puerto Ricans and later-generation Mexican Americans. It may be the case, then, that these racial justice policies have accelerated the incorporation of non-white immigrants into American society, even though they were not designed to do so. Given changing demographics, it is also likely that non-whites and women will increasingly fill many elite positions traditionally held by white men, but there is no guarantee that this opportunity will extend to longstanding, native-born, and historically oppressed racial minorities such as American Indians and black Americans.While their struggles are intimately connected, facilitating the incorporation of new immigrants and addressing the needs of longstanding racial minorities are not the same goal. It is our responsibility to accomplish both.

It is not my desire to condemn incoming flows of migrants for restricting longstanding American minority groups’ life chances. Many immigrant groups—especially if they are also visibly racial minorities—experience discrimination similar to longer-standing racial groups. Nevertheless, the original stated purpose of affirmative action—racial justice with respect to righting the wrongs of American slavery, colonial violence against American Indians, and Jim Crow segregation—may have been forgotten by the inclusion of immigrants and their children in the categories eligible for special consideration. In any event, the entrenched poverty and unique problems of the most vulnerable longstanding minority populations in the United States are not going to be alleviated by diversity policies given the growth of an increasingly large, middle-class, and multi-ethnic non-white immigrant population.

New policies are needed that target the most historically disadvantaged racial minorities in this country, while also maintaining the ethically distinct, but also important, value of diversity. As legal scholars Kevin Brown and Jeannine Bell have noted, it may be that we require a new name for historically disadvantaged racial minorities. They propose the term “ascendants” to refer to black Americans who “experienced America’s racially discriminatory history their entire lives or were born from parents who were generally considered black at the time that affirmative action was adopted.” This proposed category is designed to provide a way for admissions officers and scholarship program administrators to seek out these individuals for special consideration.

While their struggles are intimately connected, facilitating the incorporation of new immigrants and addressing the needs of longstanding racial minorities are not the same goal. As we have seen, racial diversity policies that accomplish one do not necessarily accomplish the other. It is our responsibility to accomplish both.

Asad L. Asad is in the sociology program at Harvard University. This essay is based on a forthcoming  Annual Review of Sociology article co-authored with  Mary C. Waters and Philip Kasinitz.

Great post! I think this essay raises many interesting points that often go unaddressed in contemporary debates on affirmative action. That said, I was wondering if the over-representation of 1.5+ generation (black) immigrants in higher education can really be explained as a product of outdated affirmative action policies, and not simply a result of the academic overachievement by this particular demographic. For instance, Mary Waters, in her own research on black West Indian immigrants, writes about how the children of these immigrants often perform better academically than their non-immigrant black counterparts. While her argument certainly doesn't end there, I do believe it is a point worth engaging with. Perhaps this is something that is discussed in the forthcoming article given that she is a co-author?

Asad L. Asad is in the sociology program at Harvard University. This essay is based on a forthcoming  Annual Review of Sociology article co-authored with  Mary C. Waters and Philip Kasinitz.