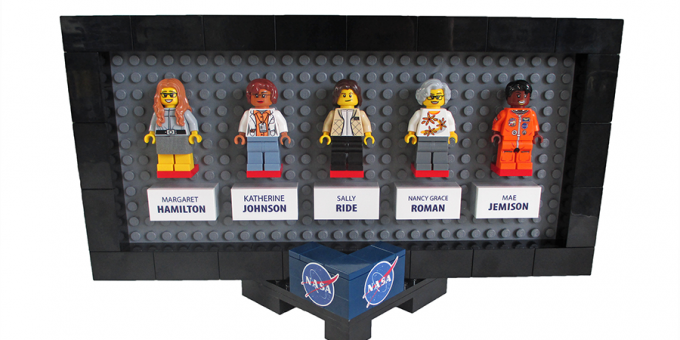 What is a computer? If you’ve seen the blockbuster film, Hidden Figures, or read the book, you know that the answer to that question has changed over time. Today, a computer is a machine that allows us to accomplish a wide range of tasks, from writing a paper for a sociology class to calculating the trajectories for a voyage to Mars. However, as recently as the 1950s and 1960s, a “computer” was a type of occupation. Back then, a computer was a person — an individual who performed complex mathematical computations — like the African-American women in Hidden Figures who worked for NASA and did much of the critical work behind the United States mission to the moon.

The film Hidden Figures highlights the ways in which the occupation of computer was gender segregated — most computers were women, both black and white. For a time, black female computers working at NASA’s Langley facility in Virginia were further segregated along racial lines. As the film and book detail, gender and racial occupational segregation have been contributing to income inequality for women and people of color for some time; keeping women and minorities in certain types of jobs makes it easier to justify paying them less, so there’s a strong connection between gender occupational segregation and the gender wage gap.

The standard measure of gender segregation at the occupational level comes from U.S. Census data that keep track of the percentage of women in broadly defined occupations such as lawyer, elementary teacher, or human resources manager. The magnitude of gender segregation in each occupation is often expressed using the Index of Dissimilarity (ID). This measure ranges from 0 to 100 and represents the percentage of men or women who would need to shift occupations in order to achieve a completely equal distribution.

Gender segregation often rests on the assumption that certain types of jobs take less skill and training than others. In Hidden Figures, though the women were performing complex mathematical calculations, their work was seen as less important than the work done by the mostly male engineers. Historically, the gender make-up of an occupation changes from men to women when the job is transformed or re-imagined in a way that de-skills the essential tasks related to the job. The job is then re-imagined as having feminine qualities, which make it more suited to women.

In fact, gender assumptions are deeply embedded in the ways we distinguish between different jobs. For example, the occupation of paralegal emerged in the 1960s in response to an increasingly competitive market for legal services. Paralegals, who in 2016 were 87% women, do many of same tasks as the lawyers for whom they work. Like lawyers, paralegals do legal research, summarize court transcripts and depositions, and review and analyze documents produced in large litigation cases. However, they perform all these tasks at a fraction of the cost in annual salaries to law firms. In 2016, lawyers’ median weekly earnings were more twice that of their paralegal counterparts, at $1,897 per week and $874 per week, respectively.

Based on her ethnographic research in two large law firms in San Francisco, Jennifer Pierce concludes that the main distinction between paralegals and lawyers is the type of emotional labor required by the two jobs. The term “emotional labor” was coined by sociologist Arlie Hochschild to describe the way that some occupations require employees to either induce or suppress certain emotions in order to influence others, usually clients or customers. While lawyers are expected to produce emotional labor that is both aggressive and strategically friendly, the emotional labor of paralegals involves mothering and nurturing their bosses. Because most paralegals are women and most lawyers are men (only 36% of lawyers were women in 2016), their emotional labor serves to reproduce and justify gender segregation in this field. In other words, even though paralegals and lawyers do the same basic tasks, the kind of emotional labor required of paralegals helps to justify the view that this job is different and therefore worthy of less compensation than that of their lawyer bosses.

We can see another pop culture reference to this process of gender occupational segregation on television with the FX mini-series, Feud: Bette and Joan. This series documents the “feud” between actresses Bette Davis and Joan Crawford during the making of the film, Whatever Happened to Baby Jane?, revealing the gendered dimension of the Hollywood studio system along the way.

One of the episodes depicts a conversation between Joan Crawford and an aspiring female director, Pauline Jameson, in which Crawford tells the story of female screenwriters and directors who dominated during the silent movie era in Hollywood. In the heyday of silent movies, scenarists were the precursors to screenwriters and some estimates suggest 50 to 90 percent of scenarists were women. With the advent of talking pictures, the job of scenarist morphed into screenwriting. The more skilled job of transforming novels or concepts into screenplays attracted men into the field. As often happens when men enter into an occupation once dominated by women, salaries and prestige both increased. This transition happened quickly, so that by the 1930s, women made up only 15 percent of screenwriters. Even in 2016, most screenwriters continue to be men, with women making up only 13 percent of the writers on the top Hollywood films.

The effects of the gender wage gap and gender occupational segregation are widespread and extend beyond the economic costs to women. Much of the conversation around the success of Hidden Figures as a film focused on how the film disproved Hollywood’s claims that movies about women — and specifically women of color — cannot be successful at the box office. If more women held positions of power in movie studios — as producers, directors and screenwriters — films like Hidden Figures might not be so rare. Across many areas of society, gender occupational segregation means that men occupy positions of power as the day-to-day decision-makers. This translates into a gender wage gap and gender occupational segregation that reinforces men’s positions of power in Hollywood and beyond.

Revealing these hidden histories of gender segregation for TV and movie audiences helps to de-naturalize the sense that certain jobs are better-suited to women or men. That the contemporary field of computer science would become male-dominated was far from pre-ordained, and the women in Hidden Figures demonstrate that the common belief that girls and women are deficient at math has not always held true. Beliefs about which gender is “naturally” better at certain types of jobs changes over time, but what is consistently true is that when men do the same tasks as women, they are rewarded with higher salaries and more prestige. Movies like Hidden Figures and TV shows like Feud reveal these histories and expose a wider audience to the socially constructed nature of gender and occupations.

Cari Beauchamp. 1997. Without Lying Down: Frances Marion and the Powerful Women of Early Hollywood. University of California Press: Berkeley, CA.

Denise Bielby and William Bielby. 1996. “Women and Men in Film: Gender Inequality Among Writers in a Culture Industry.” Gender and Society 10:3.

Jennifer Pierce. 1999. “Emotional Labor Among Paralegals.” The Annals of the American Academy of Political and Social Science. Vol 561: 127-142.

Kristen Schilt. 2011. Just One of the Guys?: Transgender Men and the Persistence of Gender Inequality. University of Chicago Press: Chicago, IL.

Robyn Ryle is a professor of sociology and gender studies at Hanover College. She has been teaching about gender for over 15 years and is the author of Questioning Gender: A Sociological Exploration, currently in its 3rd edition. You can find her on Twitter @RobynRyle.

Robyn Ryle is a professor of sociology and gender studies at Hanover College. She has been teaching about gender for over 15 years and is the author of Questioning Gender: A Sociological Exploration, currently in its 3rd edition. You can find her on Twitter @RobynRyle.