Diversity and Wealth in Congress Today 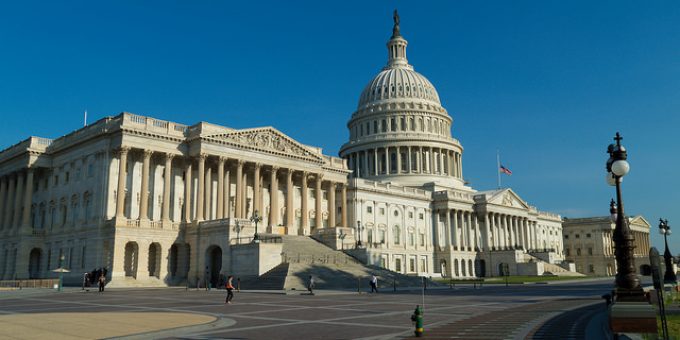 In 1972, I took a summer break from graduate work at the University of California, Santa Cruz and went to Washington, D.C. to work for Ralph Nader as a Nader’s Raider. One of my projects was to put together what was called the “composite profile” — a collective snapshot of the members of the 92nd Congress. Back then, almost all of the 100 Senators and 435 Representatives were white (97%) and male (98%), and the majority grew up in economically privileged families in the upper-middle or upper-class. Their fathers were especially likely to have been lawyers or businessmen. In an article that I wrote based on that research, titled “Who Represents America?”, I drew the following conclusions:

Against the background of the great cultural, religious and ethnic diversity that is America, a close focus upon the Congress reveals it as predominantly an elite club for aging, white, Protestant, men from the upper levels of the income ladder … The findings presented here are entirely consistent with the notion that a small class of businessmen and lawyers dominate this country to the advantage of a privileged few.

Now, more than 45 years later, there is evidence some things have changed. As I documented in a book co-authored with G. William Domhoff, Diversity in the Power Elite, the 115th Congress (those elected in November 2016) was far more diverse than the 92nd Congress was back in 1972. Even though the Congress as a whole is still overwhelmingly white (81%) — it includes greater gender and religious diversity as well as 19% people of color (9.3% African American, 7.1% Latinx, and 3% Asian American). Moreover, the 81% who are white now include 19% women and six people (one in the Senate, five in the House) who are openly gay, lesbian, or bisexual (1.1%).

Since 1990, Roll Call magazine has been tracking the wealth of those in Congress based on required financial disclosures. These disclosures provide conservative estimates of their actual wealth, since members of Congress are not required to include their residences (for many people, their largest asset), and they are only required to choose one of 11 broad categories — a process, according to Roll Call, that obscures “what each member is precisely worth.” Still, by subtracting their reported minimum liabilities from the reported minimum value of all of their assets, Roll Call makes a conservative estimate of each member’s financial worth.

Drawing on the Roll Call data makes it possible to add a new dimension to our study of Congress, which we used to make comparisons with the (generally higher) social backgrounds and (more elite) education of those who are part of the power elite — top corporate officers, cabinet appointees, etc.  As part of this analysis, we also looked more specifically at the various groups we have studied over the years who have diversified the power elite — white women, African Americans, Asian Americans, Latinx individuals and those who identify as lesbian, gay, or bisexual (LGB).

The Superrich in Congress

Wealth and Diversity in Congress

What about the others, those who were not superrich, some of whom provide diversity to the 115th Congress in terms of gender, ethnicity, race, and sexual identity? How did they do in terms of reported wealth, and what are their party affiliations? Figure 2 breaks these data down separately for white males in Congress and for those in the groups who have, over the last 40 years, added diversity to the power elite (those who are African American, Latinx, Asian American, LGB, and white women). The range for the median net worth for these six groups was considerable. It was over half a million dollars for four of the six groups, but a good bit lower for the other three — the median net worth of the 39 Latinx representatives was only $39,048.

Although it may seem surprising, given that more than one third of those in Congress have a net worth greater than one million dollars, it is also the case that 124 members (23%) had liabilities that were greater than their assets, and therefore their net worth was a negative number. Looking at what percentage of each group had negative net worth reveals, yet again, that African American, Latinx, and LGB representatives are poor cousins compared to those in the other groups. Again, these tabulations do not include the ownership of residences, which might mean these members of Congress may not actually be in debt, but they are certainly less wealthy than their colleagues whose net worth was positive. In that respect, these representatives are probably much more similar in their class backgrounds and in their life experiences to their constituencies than those in the other groups who have grown up in and attained much more privileged economic circumstances.

White individuals (81%) and men (80%) continue to dominate Congress, as they did back in 1972, but there is much more diversity today. At the same time, far more members enter Congress with personal wealth than was the case previously, and seven of the 43 who we have considered “superrich” are women (16%). Figure 3 shows that women now appear throughout the income distribution in Congress. Those in the other three groups we have looked at — African American, Latinx, and LGB — are far less likely to be wealthy than those in the other groups and in that respect are probably much more “representative” of their constituents at the lower end of the income distribution.

Why does this matter? First, as social scientists have shown for many years now, we know that a person’s background, including class background, affects all kinds of behaviors — including voting behavior. I wrote the following in 1972, and it still holds true:

Social scientists have shown that social background affects whether or not you shoplift or use LSD, who you date and marry (and how happy that marriage is likely to be), how you vote, how many children you have (and how you go about raising them), what your values are, how happy you are, how long you’re likely to live — even how large you think the circumference of a quarter is. On the basis of these and other studies, it is safe to assume that American men who spend four years of their lives at Yale rooting against Harvard and dating women from Smith and Vassar see the world very differently than American men who are migrant laborers and speak only Spanish. Each person is unique, but a shared background with one group sets one apart from many other groups, often making it difficult to appreciate other needs and viewpoints.

Despite the increased overall diversity in Congress, it may be that the Republican-controlled Congress will nevertheless continue to be a major outpost for White Christian domination in a United States that will be ruled by the predominantly Republican super-rich, comfortably wealthy, and middle-class whites, who have their strongest base among middle-income and white voters in the South, the southwest, the Great Plains, and the Rocky Mountains. If that proves to be the case, then the diversity in Congress made possible by the Democratic Party will matter for very little.

Special thanks to David Hawkings and Roll Call magazine for providing the data set that included the net worth for the members of the 115th Congress. Four of the House seats were vacant at the time that Roll Call did its study, and one Senate seat had been filled by Tina Smith, the replacement for Al Franken, but she had not yet submitted her information; therefore, the total number of members analyzed is 530, not 535.

David Hawkings. 2018. “Wealth of Congress: Richer Than Ever, But Mostly at the Very Top,” Roll Call.

Paul V. Fontelo and David Hawkings. “Wealth of Congress: Ranking the Net Worth of the 115th,” Roll Call.

Richard Zweigenhaft. 1975. “Who Represents America?” In “New Directions in Power Structure Research,” a special issue of The Insurgent Sociologist 5 (3): 119-128.