The other day he said some very unfortunate things. The article from which I stole this information summarized those things as follows:

The controversy began with an article in The Times of London in October that quoted Dr. Watson, who was on a book tour, as saying that he was “inherently gloomy about the prospect of Africa” because “all our social policies are based on the fact that their intelligence is the same as ours — whereas all the testing says not really.” According to the article, he said that “there are many people of color who are very talented,” and he hoped people were equal, but that “people who have to deal with black employees find this not true.”

Well, it turns out that a test of his DNA revealed that he has 16 times more African origin genes than the typical European person: “about the same amount of African DNA that would show up if one great-grandparent were African.”

Here is a nice discussion of the scientific merit of his assertion and it’s testability by Janis Prince Inniss from the Everyday Sociology Blog supported by W. W. Norton & Co. 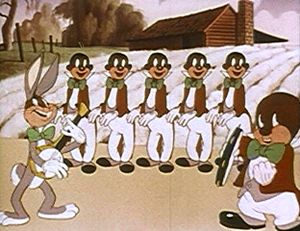 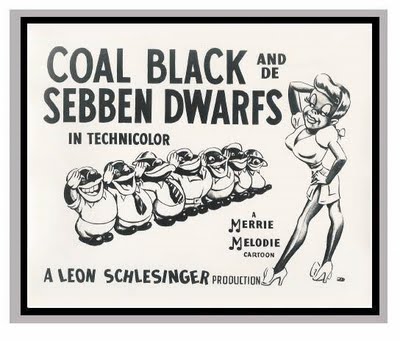 Racism In The Aftermath Of Hurricane Katrina

These two pictures were in the same slide show released by AP and picked up all over the mass media. After instant outrage from various quarters, they were taken down… but some of us got copies before they were able to erase history. Here are the pictures with their original captions, note that the white couple “find[s]” and the black individual “loot[s].” 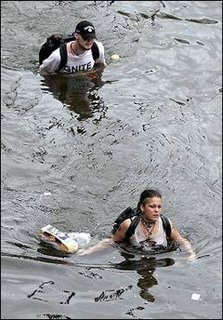 Caption: Two residents wade through chest-deep water after finding bread and soda from a local grocery. 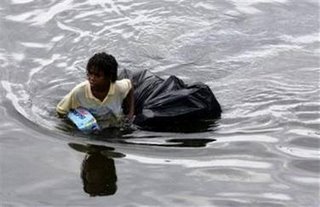