Several times we have posted images that reflect the realities of life within the U.S. prison system — for instance, photos of the impacts of overcrowding, life in juvenile detention centers, prison cemeteries, and the fate of prisoners during Hurricane Katrina. Alexander A. sent in a link to another striking collection of images of the corrections system. Josh Begley, a master’s student at NYU, collected aerial views of correctional facilities available from Google. His resulting project, Prison Map, makes visible an element of our society that most people rarely think about as actual, physical locations existing on the landscape. I’ve picked a few examples here, but I highly recommend going to the Prison Map website and looking at it in its entirely, which allows you to pick up on common patterns in the design of prisons. 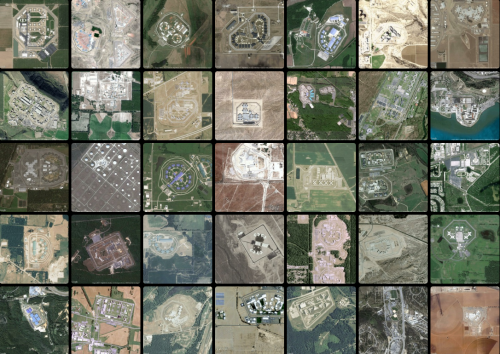 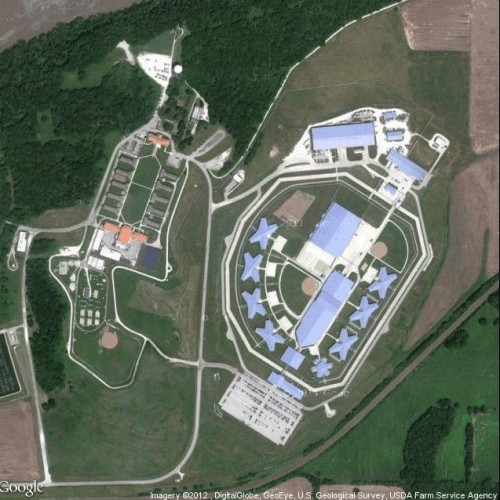 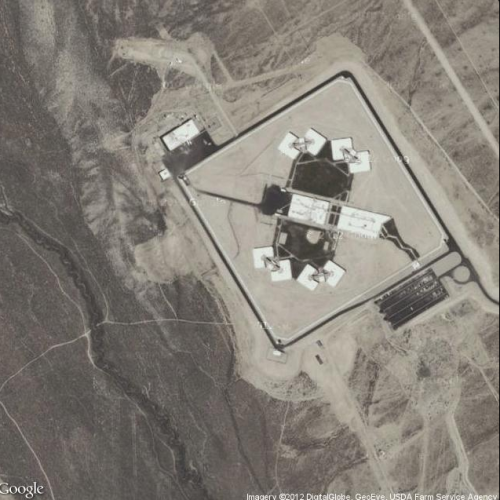 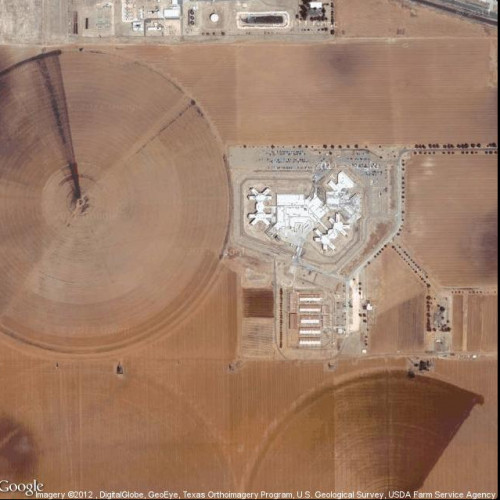 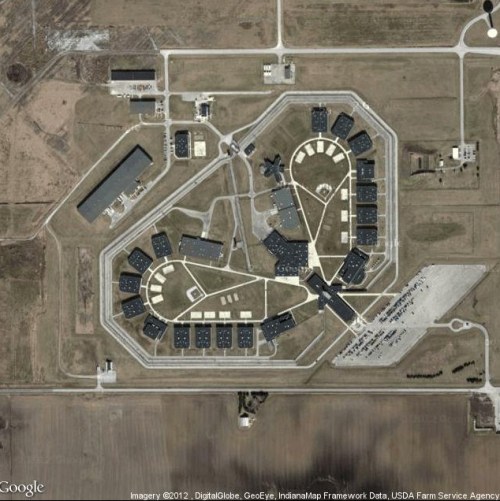 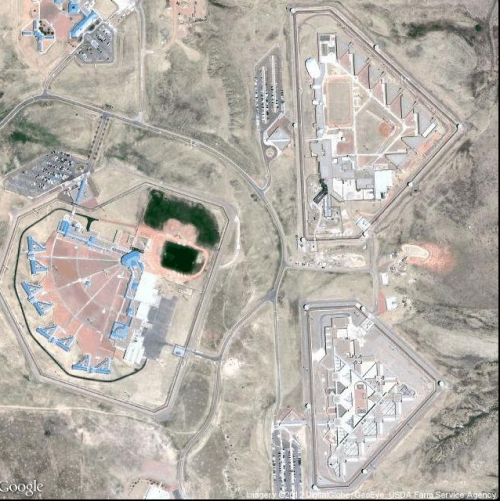 Also check out the article about the Prison Map project at The Atlantic.

They look a lot like the staging areas for an invasion from another planet. A really mean, scary one at that. Whoever is lurking in those things will probably end up eating us, like may already be happening in Miami and elsewhere.

It's pretty clear that large portions of this society are collectively insane, but in a very strict and precise way; sort of like a deranged mob with an engineering degree. It'll be interesting to see how it all turns out.

Lots of panopticon-inspired designs, it appears. Bentham would be proud.

Interesting that slipped in there is at least two pictures of an airport. I guess that any large area developed for restricted access will have some similarities.

Someone should compare these to aerial photos of modern public schools. There would be uncomfortable similarities in the designs.