Striking Goals for Pay and Prize Parity in Sport 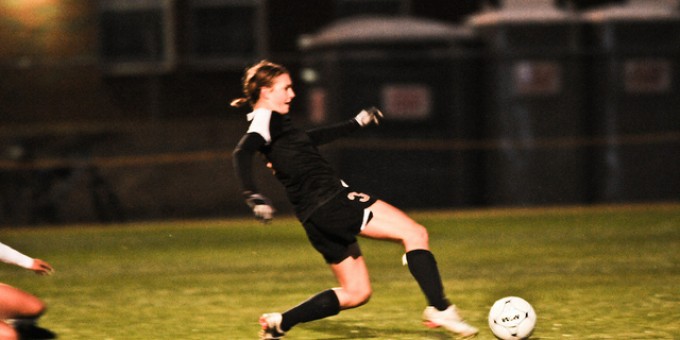 In March 2016, the United States women’s national soccer team filed a wage discrimination complaint with the Equal Employment Opportunity Commission. According to the complaint, the U.S. women’s national team is paid less than their male counterparts, despite having the same work requirements. In fact, as the American women won the 2015 World Cup and returned home to ticker tape parades, media appearances, and sold out crowds, the team struggled with low compensation and access to the resources they had so clearly earned and deserved. The U.S. women’s team earned $2 million from FIFA in their World Cup win; the U.S. men’s team received $9 million for their 2014 World Cup performance, despite being eliminated in a very early round of the tournament.

By the end of May, the U.S. Senate had passed a unanimous resolution (S.Res.462) urging the United States Soccer Federation to “immediately eliminate gender pay inequity and treat all athletes with the same respect and dignity.” Around the same time, the women’s team asked a federal judge for permission to go on strike against the U.S. Soccer Federation, two months before the team’s scheduled appearance at the 2016 summer Olympic Games in Rio, Brazil. Their absence from the Olympics would be glaring and significant—not only for U.S. soccer, but for the Games.

This is not the first time the U.S. women’s soccer players have spoken out against unequal treatment. Last summer, in the lead up to the Women’s World Cup, several players complained to FIFA that the women’s games were scheduled on artificial turf, while the men’s games were scheduled on natural grass, the ideal surface for the game. The women also took issue with FIFA’s unequal distribution of prize money.

What sets this instance of wage discrimination apart from many other concerns voiced by female athletes and women’s sports advocates is that our national men’s and women’s soccer teams compete for and are compensated through the same mechanism, U.S. Soccer Federation. This governing body combines the revenue and deficits of the men’s and women’s teams within its budget, despite the fact that the achievements and accomplishments of the women’s team far exceed the men’s. Indeed, the President of U.S. Soccer has praised the women’s team unequivocally: “No international team in the world was as dominant as the women’s national team.”

A brief overview of their accomplishments may be useful here. The U.S. women’s team has a record eight consecutive appearances in the World Cup (including 3 wins) and has won 4 Olympic championships (the men’s national team last appeared in the Olympic quarterfinals in 2002). According to the lawsuit, the women’s national team generated $20 million in revenue for U.S. Soccer in 2015, while the men’s team ran a deficit of $2 million. The 2015 Women’s World Cup final was the most watched soccer game—men’s or women’s—in the U.S., with almost 25 million viewers at home and 750 million internationally. Indeed, the 2015 World Cup garnered higher ratings in the U.S. than the NBA finals, the Stanley Cup finals, and baseball’s World Series. Nearly 2 million viewers tuned in to watch each match, an increase of 21% from 2011, the last Women’s World Cup. Alex Morgan, Abby Wambach, Megan Rapinoe, and Carli Lloyd are now well known on the international stage and many know them as sports icons.

Sexism also shapes the context of the development of soccer itself, offering important insight into the lawsuit. Outside the U.S., soccer is intricately tied to masculinity and nationalism. Women players are dismissed, discriminated against, and marginalized to an even greater extent than in the U.S. Soccer’s unique development here, specifically in non-immigrant communities, as a family friendly, gender-neutral sport that dominates the summertime schedules of suburban families and gave rise to the “soccer mom” trope of the 1990s provides important context. Girls often drive the sport’s expansion, and it has developed outside of the commercial/corporate imperatives that shape other sports. And as one reviewer of this article suggested, that means there is a strong and vibrant community of women’s soccer players and fans with the strength and independence to legally fight back against unequal pay and support from the federation. The fans don’t want players—whether the kids in their local leagues or the top names in the game—treated unfairly.

The media can be both commended for bringing attention to an issue that has plagued women’s sports and critiqued for its framings of the lawsuit. Many articles focus on the economic factors that may explain, and in some cases justify, the unequal pay between the U.S. men’s and women’s national soccer teams. In “Pay Disparity in Soccer? It’s Complicated,” The New York Times’ Andrew Das questions the various claims made by the players. “The women make a quarter as much. Really?” and “But is it equal work?” This article acknowledges the importance of revenue (and analyzes U.S. Soccer’s financial records)—as do many others—in pay determination. But while there are debates regarding how much revenue the men’s national team generates compared to the women’s and whether and how that should shape compensation, what the media coverage fails to address is that revenue is not generated in a vacuum. Sociological factors shape and constrain demand for and the revenue-generating potential of a sport.

Further audience-building mechanisms in place for men’s sports are absent or lackluster for women’s. In a longitudinal study I conducted with Mike Messner at the University of Southern California, we found that the televised news media coverage of sports on local news affiliates and ESPN’s Sports Center declined over time, lower in 2014 than in 1989. Of the 934 news segments we studied from local news affiliates, 880 featured a story about men’s sport (11.5 hours) and just 32 stories (23 minutes) featured stories women’s sports (the remainder were gender-neutral sports). Of the 405 news segments on Sports Center, 376 covered men’s sports, and 13 addressed women’s sports. When women’s sports were featured, the commentators delivered stories in a “matter of fact,” ambivalent way. Descriptions of men’s sports were excited, modulated, rapid-clipped, and amplified with powerful descriptors. Although we did not capture a high-profile women’s sport event like the Women’s World Cup or the Olympics, other researchers have noted that the spike in media coverage of women’s sports during these mega-events does not continue throughout the year, making it hard even for fans to continue to develop and demonstrate interest beyond once-every-four-years events. So when women’s sports advocates and women’s leagues are told “people just aren’t interested in watching/ attending/ following women’s sports,” the truth is there are important factors, for example, the absence of broadcast games on networks and lack of news media coverage, that are containing and constraining that interest.

In an ironic twist, sports journalist Juliet Marcur has suggested that fans are to blame. In “For Most in Women’s Soccer, Hashtags Don’t Pay the Bills,” Marcur simultaneously dismisses the voices of women’s sports fans and the power of social media to mobilize social movements and social change. She writes, “So if you really want to help the cause of the women’s players, try helping the larger cause, too. Crack open your wallet and go to an N.W.S.L. game. Any team. Any game. Just go.” Of course attending games is a factor, but the wholesale displacement of blame from the governing bodies, the sports media, and other institutions onto fans shifts the focus away from real problems and real solutions. Julie Foudy, in an article for espnw, places the responsibility and accountability for wage and perceived fan-base disparities on the international governing body of soccer, FIFA, writing that the scandal-prone organization “does very little to build the global women’s market” despite having “over $1 billion in cash reserves in 2014.”

The 1999 Women’s World Cup team was heralded as champions of “girl power,” and the players were celebrated as exemplars of the positive impact of Title IX. Today’s U.S. women’s national team is drawing much needed attention to the continued inequalities faced by girls and women in sports. Title IX was undoubtedly successful in getting girls in the game. Yet, more efforts must address the ways in which girls and women still face discrimination on and off the field and the disparities in access to facilities, quality of facilities, scheduling of practices/games, broadcast schedules, media coverage, scholarships, coaching salaries, and other resources.

That makes it all the more impressive that Alex Morgan (above left), among the “formidable forces U.S. Soccer has in marketing the women’s team,” according to media accounts, is one of the five athletes who filed the suit. These women are putting their earning potential at stake in addressing inequality and ultimately seeking pay equity. That takes courage and commitment—two factors so often cited as characteristics developed by team sport participation.

That women in all professions still make 79 cents to every man’s dollar illustrates this lawsuit is not simply about women’s soccer or women’s sports. Wage discrimination impacts us all. In today’s economy, families increasingly rely on women’s income; in many households, women are the primary or sole earner. That the women’s national soccer team is leveraging its competitive successes to speak out on wage discrimination, risking so much to improve the working conditions and compensation of female soccer players, is a true testament to their character. We need more athletes, female and male, to stand up and speak out against discrimination in all its forms. Sports can be an important vehicle for social change, and I’m proud to see such exemplary athletes taking action.

Michael A. Messner. 2009. It’s All about the Kids: Gender, Families, and Youth Sports. Berkeley, CA: University of California Press.

Cheryl Cooky is an associate professor of American Studies in Purdue University’s School of Interdisciplinary Studies. Cooky is the recipient of Purdue’s Title IX Distinguished Service award for her work in the public translation of her research on women and girls in sport.

Cheryl Cooky is an associate professor of American Studies in Purdue University's School of Interdisciplinary Studies. Cooky is the recipient of Purdue's Title IX Distinguished Service award for her work in the public translation of her research on women and girls in sport.