Easter, Brought to You by Professional Wrestling

I could make some sociological comment about the linking of the marketing for Easter candy and professional wrestling… but really I just think this is hilarious.  Not only is it a linking of the marketing of Easter candy and professional wrestling (go, Jesus, go?), but there is something so wrong (or is it so right?) about the proximity of the words “EGG” and “RAW” (NOT appetizing) and also the phrase “Jelly-filled mallows” (so soft and sweet!) next to the ripped, muscle-bound dude in the middle.  I couldn’t make this stuff up. 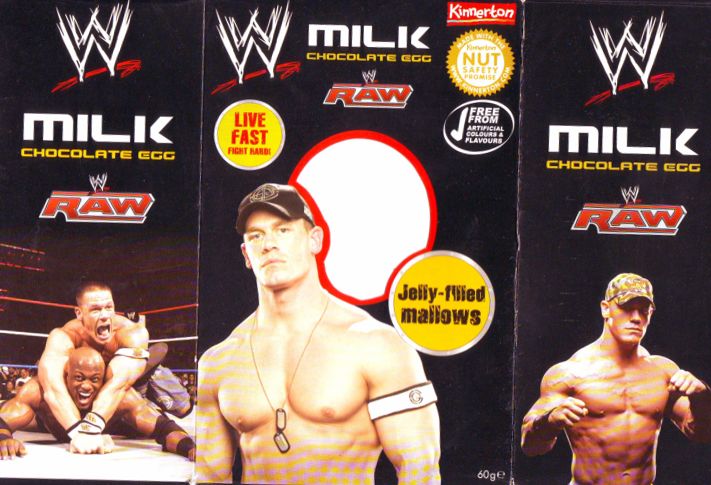 Also in wrestling: No Nipples Allowed!!!

Gender, Race, and Risk: Can Black Men be Sexually Assaulted?

Will M. sent us this fascinating clip of Lil’ Wayne on Jimmy Kimmel Live. In the clip, Kimmel asks Wayne about losing his virginity at age 11. Wayne reveals that he did, indeed, lose his virginity at 11. He lost it to a 14-year-old girl who turned out the lights and surprised Wayne into participating, even as he had not intended doing so. What is fascinating is, were Wayne a white female, this narrative would have been considered molestation or rape. As a black male, doubly hypersexualized as a man (who always wants sex) and a black man (who really always wants sex), it’s just considered a joke. This is really nice evidence of the social construction of men, especially Black and Latino men, as hypersexual and, therefore, incapable of being sexually assaulted.

The discussion of his virginity loss begins at about 2:40.

White guy: I didn’t know you could lose your viriginity at 11-years-old.

Other white guy: Well, we can’t, but he did.

Why is the message not – don’t sexually assault people?! Instead of reprimanding perpetrators of sexual assault (most frequently men), this poster places the responsibility on the person who is being assaulted (usually a woman). By doing this, it completely normalizes sexual harassment. The poster alludes to the argument touted by evolutionary psychologists – that it is in men’s nature to sexually assault women and so trying to control this behavior is futile. In this way, they make it seem that the only way to deal with this issue is for women to be braver.  It’s no wonder women so frequently blame themselves when they are sexually assaulted.

NEW! Rachel McC. J., from Deeply Problematic, sent us another example of a poster asking women to stop men from behaving badly. This one targets young girls, telling them to turn away older men: 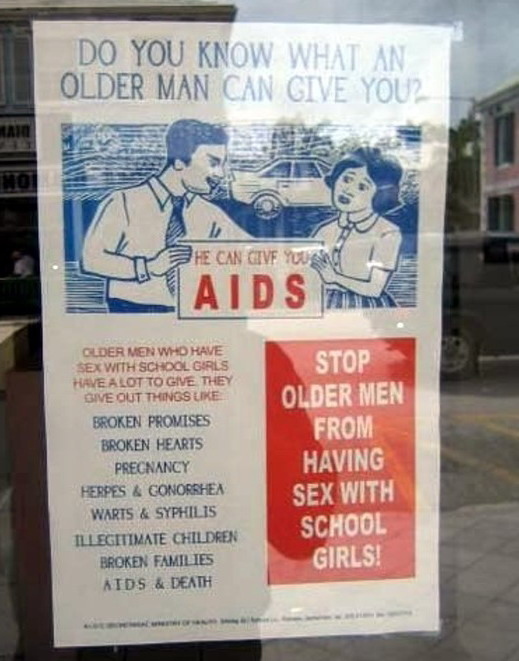 What Do You Think?

Bri a sent in this ad, found in Interview Magazine, and we’d like to know what you think of it: 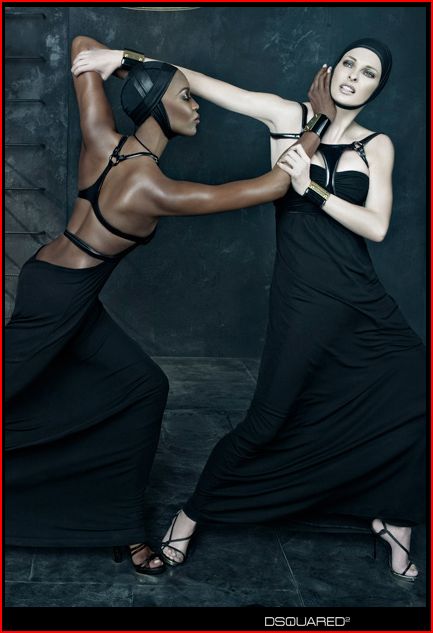 It reminds me, somewhat, of this post featuring a billboard for Playstation with a black and white woman fighting.

I’ve always found it troubling when I hear people use the word “Nazi” metaphorically.  Terms like “fashion nazi,” “food nazi,” even Seinfeld’s famous “soup nazi” episode, seem to trivialize the Holocaust.  Of course, we often recognize the hyperbole and that’s part of what is supposed to make it funny.  But do we really want to make fun with such an idea?   Lots of people didn’t like it when PETA did it.

In any case, I was thinking about similar uses of the word “rape.”  The word “rape” seems to be everywhere.  People use it not just for its literal meaning, but to describe all manner of unpleasant experiences.  For example, in this story at bestweekever: 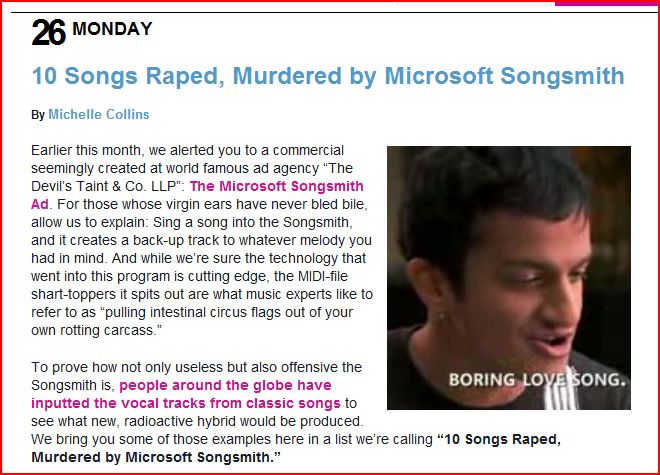 Do other societies use words like rape and murder metaphorically?  Have we always done so?  Must we?  Or are there alternatives that may be more sensitive to people who lost loved ones in the Holocaust, were raped, or knew someone who was murdered?

Jay Smooth over at Ill Doctrine interviewed Elizabeth Mendez Berry (who wrote an article in Vibe several years ago about domestic violence in the hip-hop community) about the issue, which has received renewed attention in the wake of the Chris Brown/Rihanna incident:

It brings up some interesting issues–the pressure on women to not ruin the reputation of men by “airing dirty laundry” and the still-common assumption that women who are abused might have deserved it, higher rates of domestic abuse experienced by African American and Latina women than White women, etc. You might also use it to talk about the fact that both men and women hit their partners, and what that dynamic means. Overall, women in the U.S. hit more often in terms of total incidents (this includes things like the stereotypical slap across the face, not just punches), but are much less likely than men to inflict significant physical harm. Though the rates of harm caused by female aggression toward males is surely underestimated, there is little doubt that women simply do not inflict the levels of physical injury on men that men do on women each year in this country, particularly harm that requires a hospital stay or that ends in death. But I often encounter the sort of equivalency argument Jay Smooth mentions in the video–if women hit, they should be expect to be hit back, etc. It’s always a really interesting discussion, and Berry’s response might be useful for sparking some thoughts about domestic violence, personal responsibility, appropriate reactions (is hitting someone who has hit you first really the most appropriate response?), and so on.

Via Feministing, I found this SuperBowl ad for Bridgestone tires, wherein Mrs. Potatohead shouts driving advice to Mr. Potatohead until her mouth flies off and he looks relieved. Silencing women is hilarious apparently.

A Clip from the Documentary Mickey Mouse Monopoly

This excellent documentary documents the powerful interests behind Disney and criticizes the extent to which young American children’s childhoods are influenced by the company. The comments on the messages behind Beauty and the Beast are particularly troubling.