Ramblings About the Miss Navajo Pageant

In a comment to a post a while back, Macon D. drew my attention to a post on Womanist Musings about Yolanda Charley, Miss Navajo Nation 2008. The post points out that she (and past winners) show a range of body sizes and shapes that would be unusual in a “mainstream” beauty pageant. The competition emphasizes knowledge of Navajo culture and traditions; contestants must be fluent in Navajo and English and be knowledgeable about Navajo traditions and rituals, according to the Miss Navajo Council website. This is a picture of Miss Charley: 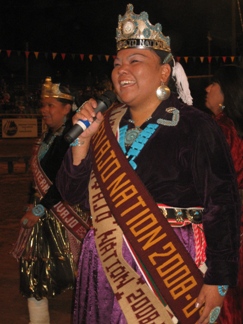 Although I didn’t want to automatically romanticize or fetishize it (as the “good” pageant vs. the “bad” mainstream ones), I’m always happy to see examples of different beauty standards. I rummaged around on the website for a while, and some other things about the pageant also struck me, such as the following rules:

…there is no contact with your parents once you arrive for the pageant.

Contestants must dress themselves individually. (i.e. make your own Navajo hair bun, wrap leggings, etc.) THIS WILL BE STRICTLY ADHERED TO.

I assume the point is to try to make the girls rely on their own skills rather than parents and professional stylists (as well as to reduce the amount of parental hovering and interference that probably occurs at most pageants).

The competition includes traditional skills/talent and traditional techniques competitions. The traditional technique is chosen for them and could include butchering. I tried to imagine Miss America contestants having to get ready entirely on their own, without help doing their hair and makeup, and being forced to butcher an animal in front of a crowd. I also tried to imagine the Miss America audience watching them butcher anything. Despite being a vegetarian, I giggled a lot.

I kept reading and noticed rules about not marrying or living with anyone and not becoming pregnant during their reign; these are pretty standard for beauty pageants. I also saw a document with proposed changes to eligibility rules. Here are some new or revised items (all typos/errors are from the original):

Candidate must be 18-25 years of age, never have co-habituated, never been married (including marriage annulments, common law marriage, same-sex marriage/relationship and/or divorce) and have never been pregnant.

Candidate must have an official birth certificate indicating gender at birth.

Candidate will not have a hetero/or same sex relationship during reign.

The obsession with making sure beauty pageant contestants have never been married or pregnant fascinates me. For one thing, although you can verify that someone has never been married, how do you verify someone has never been pregnant? Critics usually focus on the beauty standards imposed by pageant judges, but the insistence on sexual purity is interesting as well–apparently having ever been pregnant (or married) means you are not worthy to be the paragon of beauty. This isn’t specific to the Miss Navajo pageant–similar standards apply for Miss America and, as far as I can tell, most beauty pageants. And that standard boils down to, “girls who have clearly had sex are not appropriate representatives.” You could be the prettiest (by the pageant’s standards), the most talented, and so on, but the pageant isn’t about just that–you also have to be free of any proof that you are not a virgin. Although you can be sexy, we don’t want to know if you were sexual.

It’s also interesting that future Miss Navajos may have to prove they were female at birth. I looked for a similar requirement for Miss Americas, but couldn’t find a full list of eligibility requirements, so I don’t know if they have it or not. This could be useful for discussions of gender in Native American communities. As is well known, many Native groups had a more fluid, or at least expansive, idea of gender than the current mainstream binary of male/female; many groups had a “third gender,” often referred to as berdache. While this is interesting and makes it clear that our current gender system is just one way of thinking about gender, I find discussions of berdache often devolve into simplified “American culture is oppressive and homophobic, while Native tribes allowed people to just be who they are and didn’t confine or stereotype people based on gender rules.” Anyone who has talked to American Indians who are gay, lesbian, or transgender can tell you there is homophobia within Indian groups. To imply that all Native American tribes are accepting of the GLBT community both greatly simplifies the role of the berdache (which didn’t exist in every tribe) and assumes that tribes have not been affected by homophobic trends in the larger American society of which they are also a part. Whatever traditional Navajo conceptions of gender might be, apparently for the purpose of selecting Miss Navajo Nation, the mainstream binary view of gender (you are born male or female, and that’s what you “really” are for the rest of your life) may be used as an official eligibility requirement.

In any case, it’s very interesting how this Navajo pageant manages to both challenge and conform to elements of the mainstream Miss America-type pageant model.

Thanks for pointing the pageant out, Macon D!

In the U.S. today, when infants are born with ambiguous genitalia, surgeons often operate in order to bring the child’s body into accordance with our expectations for “correct” male or female genitalia, even when the actual morphology of their bodies causes no dysfunction or harm.

Some activists, such as those involved with the Intersex Society of North America, are trying to stop these surgeries.  The Phallo-O-Meter (found here) is a satirical ruler designed to draw attention to the way in which the surgeries force bodies existing in nature into social categories of our own invention (it is attributed to Kiira Triea here).  Here it is:

The ruler is satirical (as you can tell by the tongue-in-cheek “just squeeks by” etc.), but the measurements are based on the kind of decisions doctors actually make.  Indeed, if doctors decide that a penis is “too small” or a clitoris is “too big,” an infant is in danger of having corrective cosmetic surgery.  The point here is: When bodies don’t fit into our pre-existing notions of male and female, we will force them to, even if it involves a knife.  Clitorises that are longer than .9 cm and penises that are shorter than 2.5 must be fixed.  As Martha Coventry says in Making the Cut:

The strict division between female and male bodies and behavior is our most cherished and comforting truth.  Mess with that bedrock belief, and the ground beneath our feet starts to tremble.

In Creating Good-Looking Genitals in the Service of Gender, Suzanne Kessler found that clitorises that were seen as “too big” were often described by doctors in moral terms.  They were “defective,” “anatomic derangements,” “obtrusive,” “embarrassing,” “offensive,” and “troublesome.”

Surgery on intersex infants reflects a taboo on gender similarity; a moral objection to gender sameness.  We must be separated… by at least .6 cm.

Caroline Cossey (also known as Tula) is a British male-to-female transsexual who had a successful career as a model and some small movie roles; Cossey also appeared in Playboy in 1981. In 1982 a tabloid broke the story that she was a transsexual, which ended her modeling career. Here is the cover (found here) of her autobiography, which she wrote soon after being outed: 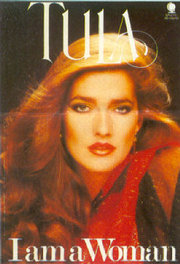 Cossey was born with Klinefelter’s syndrome, a form of genetic intersexuality.

Here are some other pictures of her: 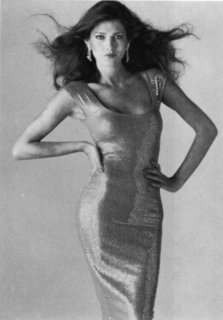 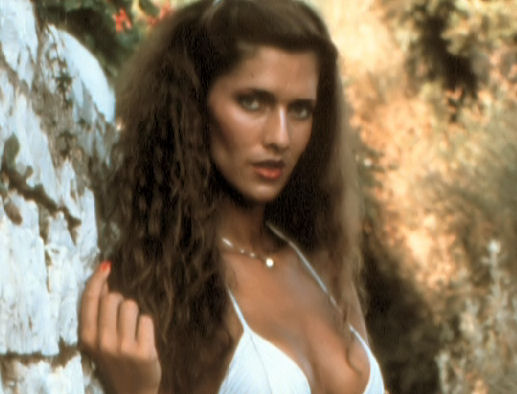 You can watch a segment on her that aired on the TV program Hard Copy here.

These might be interesting for discussions of intersexuality, sex-reassignment surgery, and our ideas of the gender binary that everyone must fit into–as well as the outrage people often feel if they’ve been “fooled” by someone who manages to “pass” as a gender different from what they “really” (read “biologically”) are. You might compare this to the story of Brandon Teena, a female-to-male transsexual who was raped, beaten, and murdered by two men in a small town in Nebraska in 1994 after they discovered he was a transsexual (who had not had sex-reassignment surgery). Teena was, of course, the subject of the movie “Boys Don’t Cry,” but there is also a documentary about him, “The Brandon Teena Story,” which includes interviews with his girlfriend and members of the community.

Watch how this 60 Minutes clip from August 2006 manages to completely confuse three very different things: sex identity (believing you are biologically female or male), gendered behavior (conforming to cultural rules about girls/women and boys/men are supposed to do and like), and sexual orientation (which sex you are attracted to sexually). For examples, you know your boy is going to grow up wanting to have sex with men because he likes to “help out in the kitchen” or thinks he’s a girl. These are all very different things. It also includes some wretched study design.

By the way, funny story: When my nephew was about 2 years old he loved brooms and vacuums. My parents told me that it was because he liked “tools.”

Thanks to Joseph DeM. for the tip!

What do you think of this?

What The Ladies Think

Discussion of gender bending and transgender children on The View:[youtube]http://www.youtube.com/watch?v=78ND3vqPz90[/youtube]

This is an image that graces the cover of a new documentary about intersex individuals called Black and White. 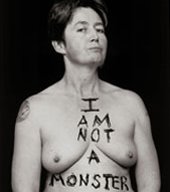 In general, though, I think it’s a really powerful image that refuses to accept that women who are not young, with a teenage girl’s body, and a submissive attitude are somehow offensive.