Laura E. sent in a link to the Off the Charts blog by the Center for Budget and Policy Priorities. They posted a set of charts highlighting ongoing unemployment in the U.S. Overall, the private sector has been adding jobs, but at generally very low levels: 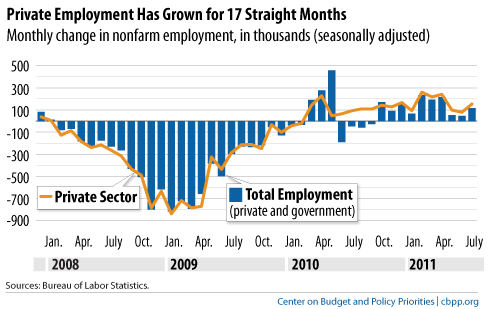 But we lost so many jobs relative to the overall working-age population during this recession that the slow job growth simply isn’t enough to significantly alter the unemployment rate, which is still hovering around 9% (though much higher for some groups, particularly young people and racial and ethnic minorities): 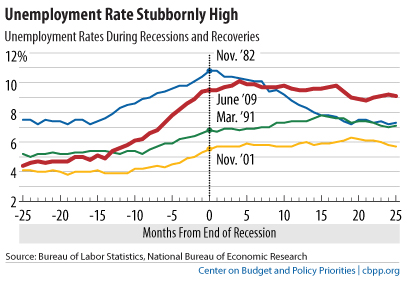 The increased labor force participation we saw during the 1990s and 200s have been erased: 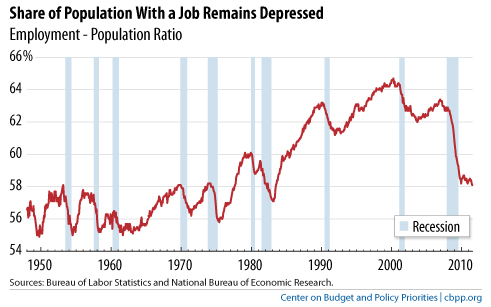 The CBPP has a collection of recession-related charts, including this graph of the number of individuals needing a job per each available job opening, a ratio that remains quite discouraging: 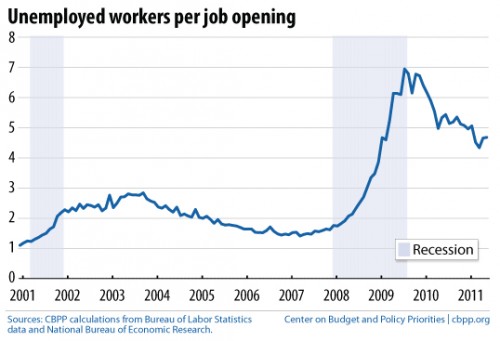 In the last few days since the debt ceiling fiasco, a number of economic experts have begun discussing the possibility of a double-dip recession and, as you may have heard, last night Standard & Poor’s downgraded the U.S. debt rating. Overall, it’s not an encouraging picture of our immediate economic future.