Immigration and migration are a modern-reality of global social transformation. I don’t often see as much discussion of refugees however. A nice infographic via Good Magazine. 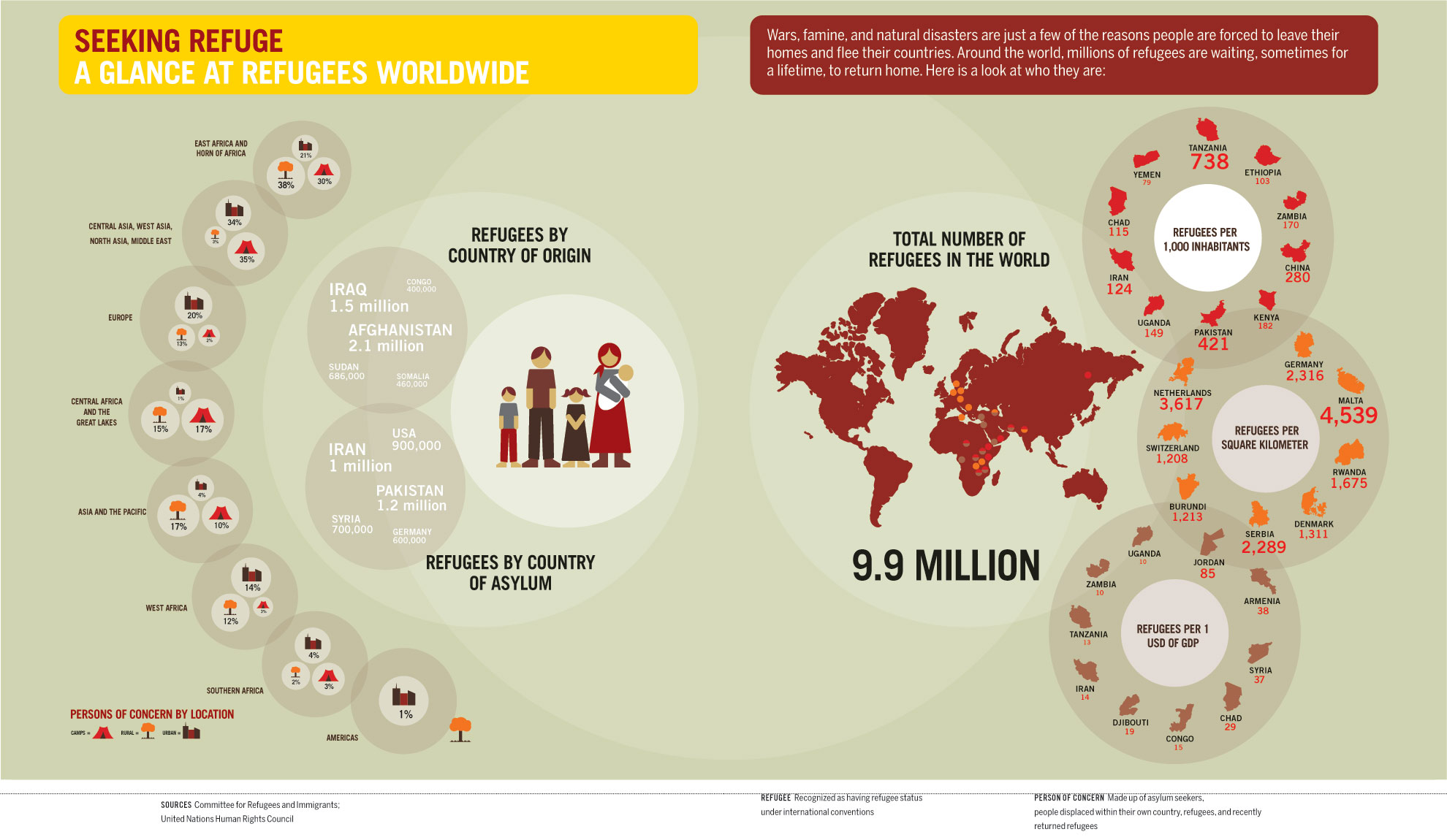 It's an interesting topic, and you're right that it's an under-discussed issue, but I think the chart is badly designed and quite misleading.

I thought it might refer to the percentage of each country's population that is taken in as refugees, but a quick glance at the US shows that can't be true (pop. 305 million, and we take in 50,000 refugees in a good year, not 3 million).

So I finally figured out that it must be trying to show "Of the refugees who live in [rural/camps/urban] locale, percentage of those people who live in ___ [country/continent]."

Maybe I'm dense, but it strikes me as a) non-intuitive, and b) very poorly labeled.

I agree that part of the graphic is unclear. I'm glad you did the careful thinking - I agree with your interpretation. I also agree it's a pretty non-intuitive representation of the issue.

Side note: You're right that the US only takes in about 50,000/year (though the # of seekers is roughly triple that I think). I believe the chart means to represent the Americas as a whole, not just the US.

I'm completely out of my area with this information though - any specialists know of a source that represents the issue more clearly?

[...] here, you might want to subscribe to the RSS feed for updates on this topic.Powered by Greet BoxVia Sociological Images (click on the image for a bigger [...]

More trouble with the graphic--the Mercator projection isn't a good choice for the representation of "the world." The Mercator projection is familiar, sure, and it has some actual applications, but its use really should be avoided in general graphics like this--unless we're comfortable perpetuating the idea that Greenland is bigger than Africa and South America (among other distortions that can have a cumulative effect on worldview).

For more on this, see Mark Monmonier, Rhumb Lines and Map Wars: A Social History of the Mercator Projection (University of Chicago Press 2004).