Me and the Owl of Minerva

monte on August 3, 2017
IF YOU ARE NOT HORRIFIED AND TERRIFIED BY WHAT IS HAPPENING TO OUR CONSTITUTIONAL DEMOCRACY, PLEASE IGNORE THIS POST.
Some of you occasionally read my posts about our constitutional crisis. Most of you just randomly spot something of mine when you are scrolling through a thread of posts from your friends. If you appreciate some of what you have seen from me, check in on my FB page once or twice a day and scroll through to see what I’ve posted that day.
Since his inauguration, I’ve turned my FB page into “A Virtual Trump Teach-in.” I spend several hours a day finding 5 to 10 news, commentary and analytic articles, plus cartoons. They are often from sources you may not regularly access. I try to post materials for well-informed citizens who are resisting All-things Trump. 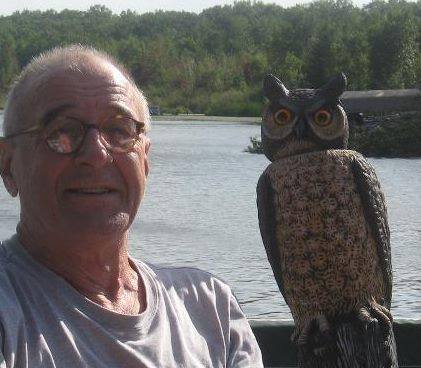 This is an excerpt from something that he once wrote for the New York Times.

“You might consider them romantics, fighting in a doomed cause for something greater than their self-interest. And even though men like Mr. Berg would identify with a cause, Communism, that inflicted far more misery than it ever alleviated—and rendered human dignity subservient to the state—I have always harbored admiration for their courage and sacrifice in Spain.

“I have felt that way since I was boy of 12, reading Hemingway’s For Whom the Bell Tolls in my father’s study. It is my favorite novel, and its hero, Robert Jordan, the Midwestern teacher who fought and died in Spain, became my favorite literary hero. In the novel, Jordan had begun to see the cause as futile. He was cynical about its leadership, and distrustful of the Soviet cadres who tried to suborn it.

“But in the final scene of the book, a wounded Jordan chooses to die to save the poor Spanish souls he fought beside and for. And Jordan’s cause wasn’t a clash of ideologies any longer, but a noble sacrifice for love.

‘“The world is a fine place and worth the fighting for,’ Jordan thinks as he waits to die, ‘and I hate very much to leave it.’ But he did leave it. Willingly.”

Not everyone realises that to write a really good piece of journalism is at least as demanding intellectually as the achievement of any scholar.

The Trump effect: The darkness and the rot

“I puzzled over this for some time. Eventually I sensed that Trump wasn’t inducing people’s self-destruction so much as he was acting like a divining rod, revealing rot that existed already but was not apparent. . . . It’s a general malady. Trump is exposing our collective rot. The rotten flock to him. And there’s so much rot to go around.”

Brotherhood and the life course, without sociological jargon

Together through life: My bond with my only sibling

We had ways to fill our time, but all that mattered was that we were together again.
By Monte Bute

The Bute brothers, Monte and Tony, at a recent Twins game.

The tears caught me by surprise. It was the sorrow of separation. After five weeks of living together at my cabin on the Yellow River in Wisconsin, I recently saw my brother, Tony, off. He was driving home to Victoria on Vancouver Island. During his visit, he recounted attending a Rolling Stones concert last summer. We joked that we now look as weather-beaten as Mick Jagger and Keith Richards.

This may not be true for everyone, but for me there is no other lifelong bond like that with an only sibling. We have shared seven decades together. In the words of the Grateful Dead (Tony has always been a Deadhead), “What a long, strange trip it’s been.” Given our age and living far apart in different countries, an unspoken question now hovers over our partings: Is this our last rodeo together?

We did the usual stuff, including considerable time reminiscing about our lives. Several times, one brother would recall events that the other could not recollect. Over the weeks, both of us became addicted to binge-watching seasons of TV series like “Fargo” and “Better Call Saul.” He and I devoted endless hours trolling and casting for elusive fish (my bad). We did leave the hermitage a couple of times, for my youngest daughter’s graduation and a Minnesota Twins game. However, those activities were of small consequence. All that mattered was that we were together again.

We began our odyssey in the 1940s, isolated brothers on a small southwestern Minnesota farm in Mennonite country. Today we are facing our twilight years as elderly relics of the Sixties. In between, we celebrated and commiserated much together: sex, drugs and rock ’n’ roll; political protests, spiritual quests and existential angst; marriages, children and grandchildren; vocational callings, social-change commitments and accepting that we, too, are Sisyphus.

Peter and Brigitte Berger, a couple of iconoclastic sociologists, wrote, “One should be very careful how one chooses one’s parents.” Of course, you had no choice as to who your parents were. So what is their point? “If one has been careless in the choice of parents,” they ask tongue-in-cheek, “what are one’s chances of making good this mistake?” By intentionally choosing how to think and behave, we can opt to improve our lives and, in turn, improve the world around us. The Bute brothers have spent their lives rewriting the twist of fate that was their birth.

Nearing the end of the voyage, we recognize that our bodies are but a shell of the youthful athletes we once were and that our memories and mental firepower are fading away into the coming darkness. Despite all those frailties, there is a singular blessing of a long life, well-lived — practical wisdom. Carl Jung once said that the first half of life is about achievement and the last half is preparing for death. In my eighth decade, I now realize how fortunate I was 40 years ago when I discovered a Reinhold Niebuhr prayer.

We usually know this prayer as the popularized rendition used by self-help groups. Few know that an eminent theologian actually wrote the original version. Niebuhr, one of the 20th century’s wisest public figures, intended this counsel as equally applicable to personal and civic life.

God, give us grace to accept with serenity

the things that cannot be changed,

Courage to change the things

which should be changed,

and the Wisdom to distinguish

the one from the other.

Perhaps the most difficult lesson any of us will learn during our sojourn on this earth is “the Wisdom to distinguish the one from the other.”

Farewell my brother, until we meet again.

If you don’t know John McWhorter’s work, you’re missing out on one of our most “original thinkers with heterodox views.” To further confound you, he is African-American.

Trump and the True Meaning of ‘Idiot’

This is the most profound essay I’ve yet read on The Donald’s character. At its root, the article is a sociological analysis.

“The idiot cares nothing about public life, much less public service. The idiot cares only about his own name. The idiot, by way of his actions, can destroy the social body. Eventually, the idiot destroys himself, but in so doing, potentially annihilates everyone along with him. He is a ticking time bomb in the middle of the public square.”

Stupid is as stupid does. This almost certainly give women and moderate Republicans veto power over whatever the Senate good ol’ boys come up with for Trumpcare.

People are always asking me what’s left on my “bucket list” [foolishly assuming that I’m going somewhere soon–seven years and counting, asshole!].
Given my madcap and roguish life and times, there is little I have failed to experiment with–except the hundreds of classic books I will never get read.
Top of the summer-reading list of books I’ve never finished is “Don Quixote.” Now there are some highly acclaimed “fancy pants” translations like Edith Grossman’s. However, for my money, an “oldy but goody” (1949) translation by Samuel Putman best captures Cervantes’ bawdy, saucy, and serrated intent.

If you want a Sherpa to guide you through this Himalayan novel (nearly a 1,000 pages), none is better than the classic novelist, Vladimir Nabokov: Lectures on Don Quixote. Conveniently, all his references are to the Putnam translation.

For a brilliant sociological analysis, see “Don Quixote and the Problem of Reality” by Alfred Schutz, Collected Papers II: Studies in Social Reality.

Beware of allies who are fanatics, thugs and rascals.

One can be a partisan of the left or right and still adhere to this proverb. Do not be deluded by fanatics, thugs, and rascals just because they claim to be your ally.

— An old Jew of Galicia (Quoted by Czelaw Milosz)