10:15 a.m. Ten minutes before my first class of the semester. It was January and Connecticut was buried under several feet of snow. Damn. There was no point trying to run over to one of my friend’s offices to find an accomplice for my exercise. I’d never make it back in time. Who could I grab for this experiment so last minute? As I pulled out my phone to check the time, I mentally smacked myself on my head. Of course!

But I should back up a bit before I go on. Every year in my Introduction to Sociology class, I like to start the first class with an experiment. This is often an exercise that introduces my students to basic sociological concepts, such as norms, cultural values, roles, and legitimate authority (since all of these are very central to what I teach in my course). In the past, my experiments have included asking students to follow me around the building without explanation and then returning to the classroom and resuming the lesson; asking them to jump around the room; asking them to switch their seats in a given pattern (first two rows move to the last two rows, the middle rows switch left and right). But this year, I wanted to do something more. Something that was blatantly wrong. My original plan was to ask a faculty colleague of mine to stand outside the classroom with me and chat past the time that class was supposed to start. But now, just minutes before my class, my friend had told me she couldn’t make it. So here I was, considering my options. And now as the solution dawned on me while I stared at my phone, I muttered, “Who needs humans in the flesh when you have a phone at your disposal.” I went over the plan in my head. “Don’t give in in less than 10 minutes… you have to make it last.” I said to myself as I took a deep breath and walked into class.

From my position behind the podium, I watched the students shuffle in without greeting them. When they were all seated I announced, “This is Introduction to Sociology. Please put all cell phones away.” I then pulled out my own cell phone, walked behind the desk, sat down and started scrolling through my email on my phone. The students sat patiently. A couple of minutes went by and no one said a word. I was getting nervous at this point myself. I giggled as if I had read something funny. Clearly, it was not an emergency that was forcing me to stay on the phone. The students started to shift in their seats a little. I looked up and glanced around the room. They looked at each other. I went back to my phone. 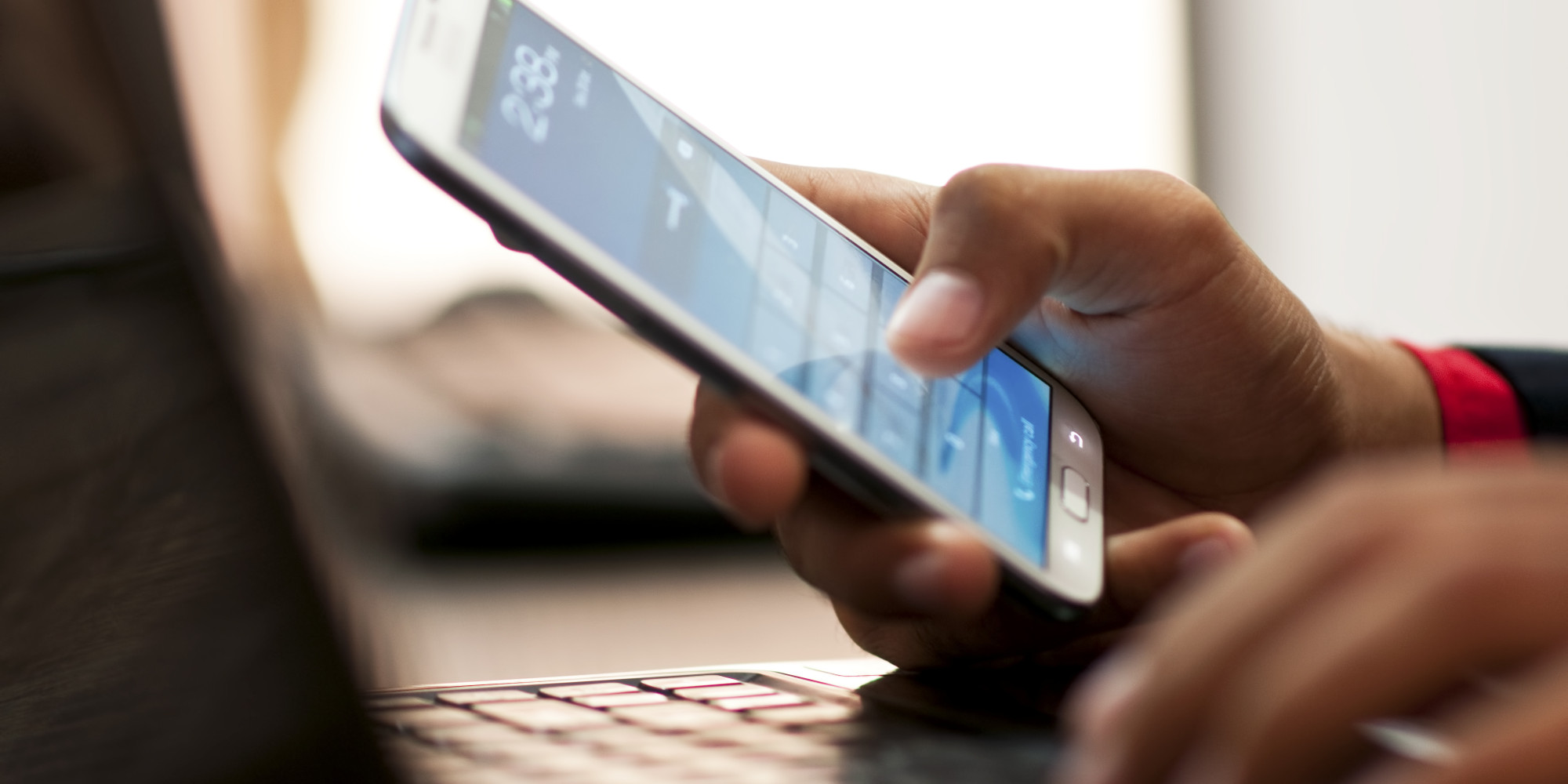 Five minutes passed, although it seemed much longer. Not being one who uses her phone very much, I was really struggling to keep busy with my phone, plus I was nervous. I made a point to look at the clock. 10:32 a.m. Seven minutes had passed since the start of class. I heard a couple of students laugh uncomfortably but no one spoke to each other. I went back to my phone and pretended to scroll through news. “Just a few more minutes,” I thought to myself. “You need to go past the ten minute mark at least.”

At 10:37 a.m., exactly 12 minutes since class was supposed to start, I put my phone away, picked up the syllabus and started class as if nothing unusual had just transpired. After going through my office hours, assignments for the semester, policy on late assignments etc. I looked around and asked, “So, what questions do you have for me?” I encouraged them to deviate from the syllabus, “Ask me anything,” I prodded, “If appropriate, I’ll answer it.” They asked me all kinds of questions . . . but not the one I was waiting for. After a while, I looked around and said, “ Is there ANYTHING else you think you should ask me about?”

The students shook their heads.
At this point my experiment was complete and it was time to let them in on it.
“Why are you here?” I asked.
Uncomfortable silence.
“No really, why are you here?”
“To learn”, a student in the front row said after a while.
“Then why didn’t you ask me to stop using my phone and teach?”
The students gave me range of obvious answers, from they don’t know what I would do in return, to they don’t want to question the professor.
“What if I told you, you are also here to un-learn?” I countered.
Uncomfortable laughter.

From here on, we had a lively discussion about the lessons learned and un-learned from this exercise. To briefly summarize:

1) The first lesson of this exercise is to understand that social norms – how we are expected to behave in a given situation—are always working on us whether we know it or not. For my students, it was their socialization in schools, the expectation that they do not question their teachers that encouraged them to not challenge my inappropriate behavior. Students could probably excuse a professor coming in late by a couple of minutes, or taking a couple of minutes to get themselves together. But I had made certain that the experiment lasted longer than ten minutes – an arbitrary choice by me, but one I felt made the experiment long enough to make the situation absurd and unreasonable.

2) This experiment also exposed the power of the “path of least resistance”, (as Allan Johnson discusses in his book, The Forest and the Trees) for my students: nobody else was questioning me, so why should they? It’s much easier to do what everyone else is doing in a given situation. This lesson is one of the most valuable one perhaps, especially as we cover the by-stander effect later on in the semester when discussing hazing in fraternities, or military abuse of prisoners for example.

3) Relatedly, it also revealed the nature of legitimate authority and obedience to authority: my students obeyed my instructions (putting cell phones away) and did not question my behavior, not because they knew who I was as an individual, but because of the authority vested in me by the title of “professor”. In our society, we see professors and teachers as generally moral, intelligent, and ethical. The authority of a professor is further emphasized by the physical structure of the classroom with the professor at the front of the room, and by the “material culture” of a classroom: desk, podium, chalkboard, and smart-board for professors. The students on the other hand, sit in chairs, physically looking up to the professor.

These are all sociological lessons that my students learn on the first day through this experiment. But implicit in this experiment is the hope that they will “un-learn” some of the behavior that they’ve been socialized into, whether it’s being a passive student or a passive by-stander. It is only through learning about and critically analyzing our social world that we are actually able to “un-learn” or challenge the many lessons we’ve been taught.

As a critical, feminist sociologist, that is the most important lesson that I can teach my students—sociology is not a collection of facts and theories, it is a perspective, a way of seeing. And as the writer Arundhati Roy says “once you see, you can’t unsee.” To this I would add: truly seeing, that is, seeing the world through a sociological lens, is the first step towards unlearning. Welcome to Introduction to Sociology.

Afshan Jafar  is in the sociology department at Connecticut College. She studies globalization, gender, and the body.

Thank you very much for sharing such an exciting experiment.

I love this idea! I usually start class by saying, "Let's begin" and then I sit down in a student desk and face the same direction as them and I sit in silence for as long as possible. It has a similar effect and a similar lesson. Another good source for this is Bernie McGrane's book, The UnTV and 10mph Car.

I love this. I do something similar that I found in Teaching Sociology. However, do you have activities for graduate students that would push them to expand their sociological framework?